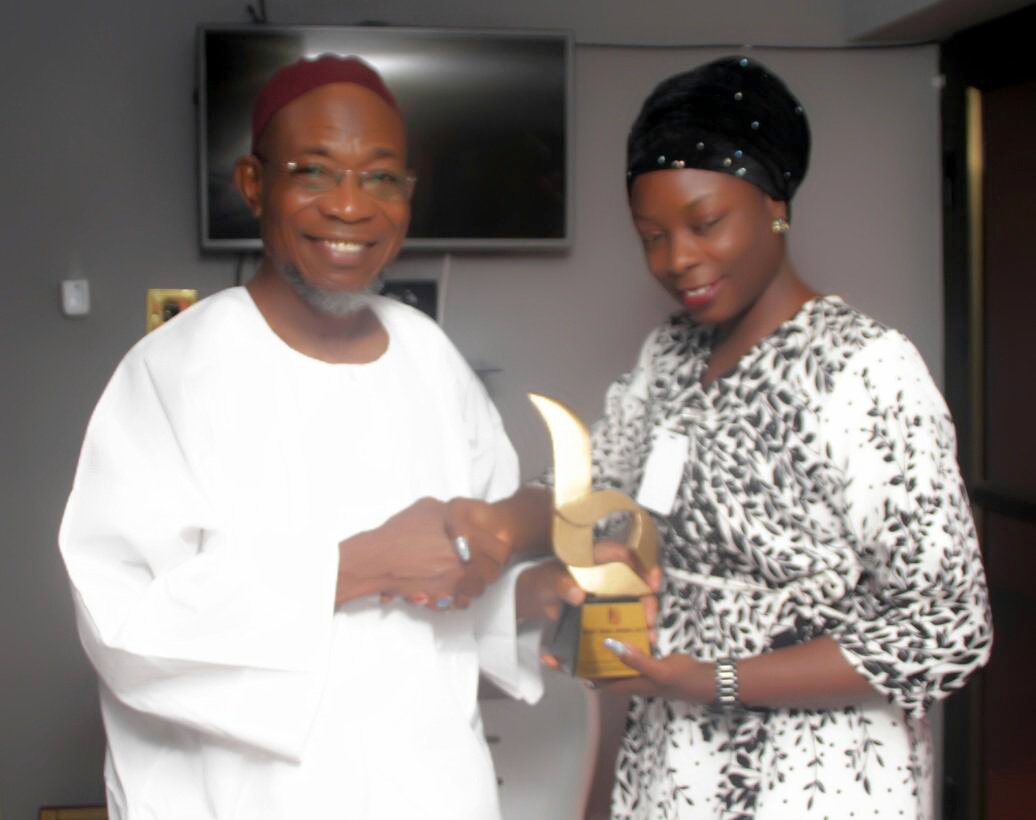 The Award presentation was made by Bodex Media a subsidiary of Bodex Group International over the weekend at the Government house of the state of Osun.

Ms Florence Hungbo, the Managing Director of the group, said the recognition was borne out of vigorous consultations the group conducted across people of Southwestern part of Nigeria on the Governors representing these parts of the country.

“ We conducted series of interviews and much consultations, it was astonishing that Governor Aregbesola has the highest credits, against what its being portrayed in the press, most of our interviewees reiterated that Governor Aregbesola is an unusual Governor, whose desire for his state was to take it to a very high pedestal, but for the recession.

People also made us to understand that

with the meagre allocations earmarked for the state of Osun, the Government has done extremely well in Education Sector, Health Sector, Youth Empowerment, Mass Infrastructure especially five different bridges constructed at various strategic places across the state, women empowerment and so on”.

While responding, the Governor, Ogbeni Rauf Aregbesola, said words could not express his gratitude, as he acknowledged the good gesture and appreciate the fact that against all the political propaganda on what is not in the state, which are being spread to the public, some appreciative Nigerians from far and wide could still give recognition to the ongoing development in the State.

“ If people like you who are not from this State recognise that drastic transformation is going on in my State, I thank you! Against the Economic meltdown which is globally, we are still bent on leaving indelible marks in the sand of time across the State of Osun, which will not be appreciated now, but in future. I therefore invite the world to come to Osun and see things for themselves.

The Governor also endorsed some other activities of the group, among which is the dream of promoting made in Nigeria product which he proudly wore different ones during the presentation. He acknowledged the production of high quality shoes, garnished with different embroidery, and other adornments of various brands, which are finished products of train the trainers programme of the group. He further implore the group to work with the State in training the youths who are core indigenes on the handiworks.

The incumbent government at all levels are aggressively on the crusade of promoting made in Nigeria products, the Governor added.