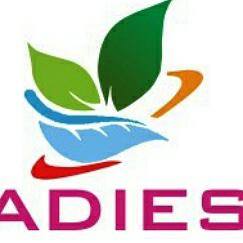 Advocacy for Development Inclusions and Environmental Sustainability (ADIES) in partnership with MercyCare Initiatives have officially opened a joint Head Office in Abuja.

These two active Non-governmental Organisations that had been in joint collaboration since they kicked off operations couple of years back have decided to take the partnership to another level of understanding.

Speaking at the official opening of the joint office yesterday in Utako, Abuja, Shem Adah, Executive Director, ADIES said that this rare partnership and collaboration is an important components of Sustainable Development Goals. He stated that Goal 17 of SDGs specifically encourages organisations to leverage on each others’ area of strength for speedy implementation of Global Goals at the grassroots level.

providing succour to the less privileged, advocating for inclusions and implementing several developmental projects at remotest communities across the West Africa and Africa” he said.

Executive Director, MeryCare, Mrs Felicia Upah who was visibly exicted at the opening, while speaking said the joint Head office will definitely bring about speedy realisation of several community outreaches and grassroots support programmes which both organisations had collaboratively commenced since 2017.

“At MercyCare our strength lies in our willingness to collaborate and partner with likeminds within the development sector. This is because we believe so much in team work and synergy” she stated.