Vivid Group Inventions win attention of many visitors at the Technology and Innovation Expo 2018! 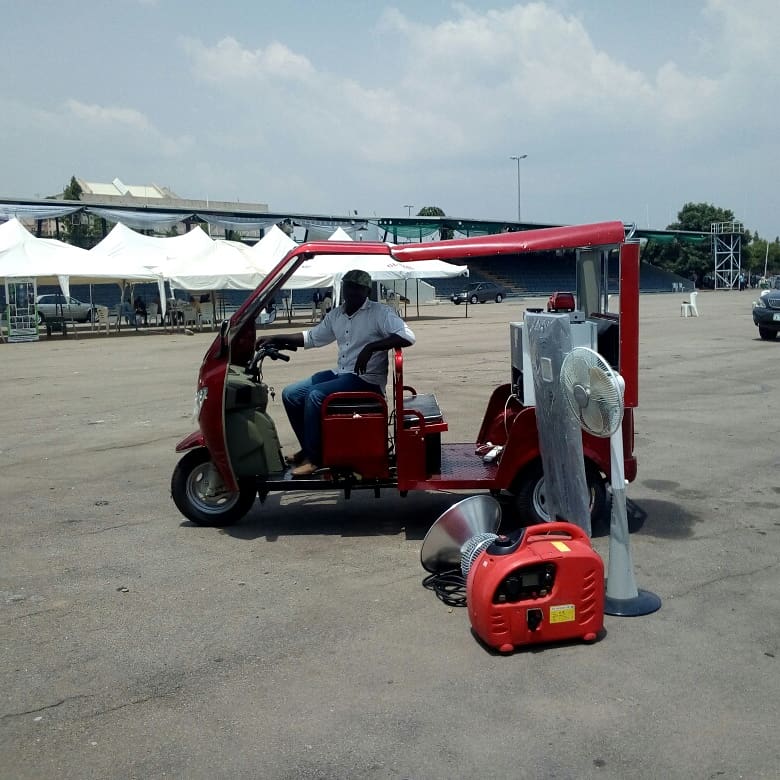 The inventions from the stable of one of the Nigeria’s foremost inventors, Ambassador Michael Friday such as Energy Generating Tricycle, Non-Electric StreetLight, Non-Fuel Generating Sets among other inventions have won the heart and attention of many visitors and participants at the on-going Technology and Innovation Expo 2018 at the Eagle Square in Abuja.

Michael Friday while speaking to the Pressmen who were marvelled at these unique inventions said The Expo was a right step in the right direction by the Federal Government, as it has created better opportunity for local inventors and innovators to showcase their ingenuity.

He said his organisation has through dedication and through the use of Science and Technology proffered several solutions to day to day challenges that Nigerians are confronted with, one of which is Energy and Power supply.

“The solution we have been looking for world over, which border mostly on Energy Generation, Vivid Group has been able to proffer a lasting solution to it, not just to energy generation but transportation as well.

“Today we are here to showcase one of

our innovations “Energy Generating Tricycle” which we have been working on for more than 10 years now and ready to hit the Nigerian and global Market, he stated.

Ambassador while describing the unique features and functions of the Tricycle said the Tricycle was developed and designed locally. “It is not just a conventional that can only move people from one place to another, it is a Tricycle that generates its own energy, which means does not depend on any external energy to power itself, and after the Tricycle has stored

enough energy for the day, you could also use it to power your home just we do for Generating sets” he added.

“You can use this Tricycle to power all your home appliances. We also have non-electric streetlight which does not need any electric or even solar energy to power itself ” he affirmed.

“At Vivid Group we are open to more collaborations either from the Government or organised private sectors in Nigeria or anywhere in the world” he opined.