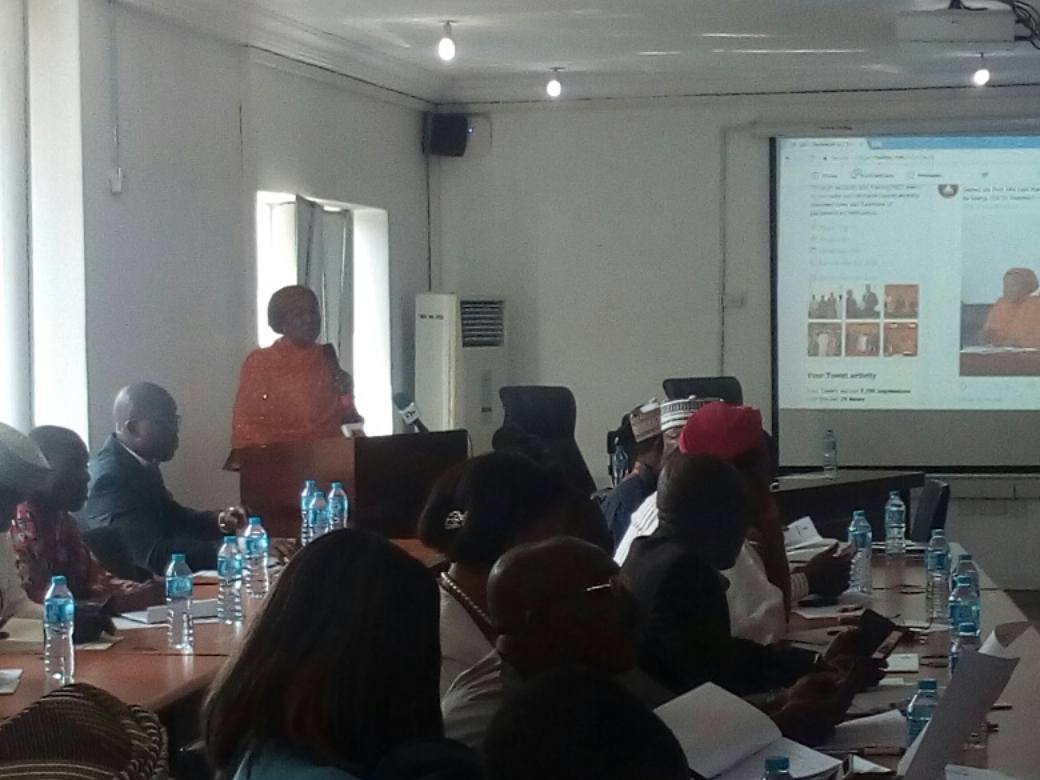 National Institute for Legislative Studies (NILS) has held a one-day meeting with the leaders of Civil Society Organizations and Social Media Influencers to deliberate on the way forward on the recent developments around the appropriation/Budget Reform Process in Nigeria.

According to the Director General NILS,  Professor Ladi Hamalai while giving her opening remarks “This meeting is intended to create a sustained citizens’ involvement in the process of budget reform as well as legislative power of appropriation”.

She added that the expected outcome of the hangout was to create an avenue for greater awareness on budget reform among stakeholders and the citizenry in general.

Speaking further in her opening remarks Hamalai highlighted and identified several problems associated with Nigerian Budget such as lack of KPIs & expected performance, lack of implementation guide and absence of penalty for not implementing and amending the budget.

“There is lack of definite timeline for the enactment of appropriation bills in Nigeria” she said.

Senator Ita Enang, Special Assistant to the President on National Assembly Matter, who was one of the key Resource Persons at the hangout shed light on the intricacies involved in Budget and budgeting appropriation and implementation using recent incident of ” Budget Padding”.

as “any unlawful addition to the budget that has already passed through the legislature and has become law”.

“There can be no padding of a budget as long as it’s before the national assembly. NASS can include, expunge, completely deny any ministry of a budget head. We did it in our time when one minister was behaving like prime minister” he said.

He added that the relationship between the Executive and legislature is like that of husband and wife, there will never be an end to disagreement between them.

Enang also shared with the participants the stories of undeclared annual budgets of CBN, NPA, NNPC, NIMASA, Customs amounting to about N15trn.

According to him, the legislature is a wrestling ring for legislators to struggle projects for their constituencies.

He however recommended the establishment of Budget Office of the Federation to correct several anomalies in the budgeting and appropriation processes.

Another Resource Person at the Hangout was Mr Ben Akabueze, Director General,  Budget Office who took the participants through the processes involved in Budget and Budgeting.

“There are 7 important stages of Budgeting and Budget processes which include Conceptualization, prepare, approval, legislate, budget execution, budget performance reporting and budget monitoring and evaluation” he stated.

Akabueze stated that Monitoring and Evaluation of Budget and its impact assessment in Nigeria urgently needs major improvement as most of the Monitoring as mere inspections.

“No one gets to hear in details the impacts assessment of these budgets implementation particularly for the capital projects, what we hear and see are mere inspections” he said.