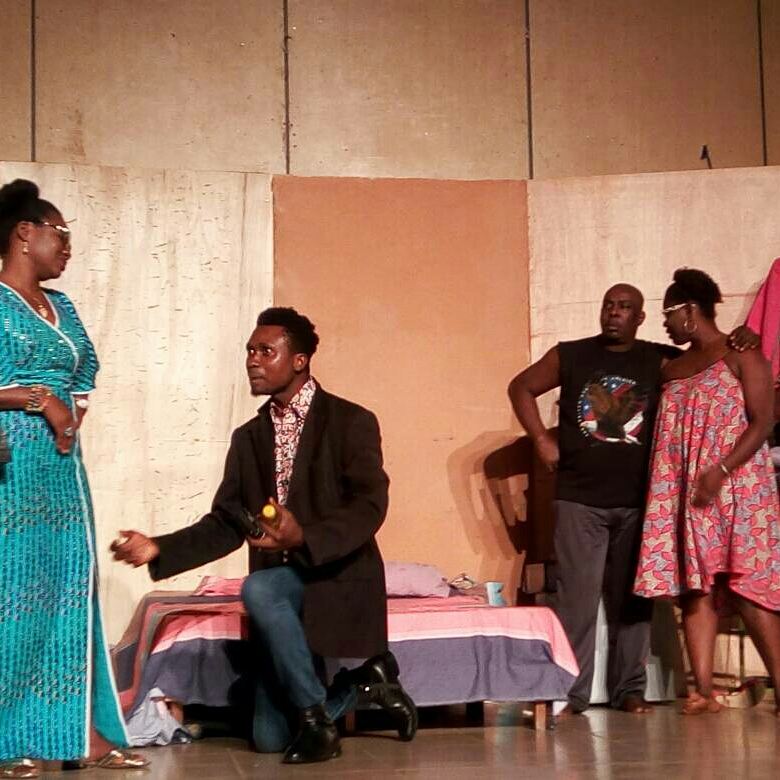 The much talked about show in Abuja “Bending & Bonding” a superlative comical stage drama, and a production of Debs Media, mirrors the twists and turns in a typical Nigerian marriage/home.

Bending and Bonding” stage setting gives you vivid insights into a home of a regular middle class Nigerian family comprises the man, a supposed breadwinner, Dele and his wife, Itoro plays by ‘Chioma Ezeani’, lead character, a mischievous lady who would do anything within her power to spite her husband for not having steady source of income to attend to the family upkeep.

Itoro would soon deny her husband sexual obligations since he no longer meets up with his primary responsibility at home due to financial struggles.

Series of events in the drama beams light on details, unforeseen high and low moments, religious deception in marriage and struggles most married  couples face in this part of the world, in a bid to keep their heads above the water and still stick together regardless of third party interferences!