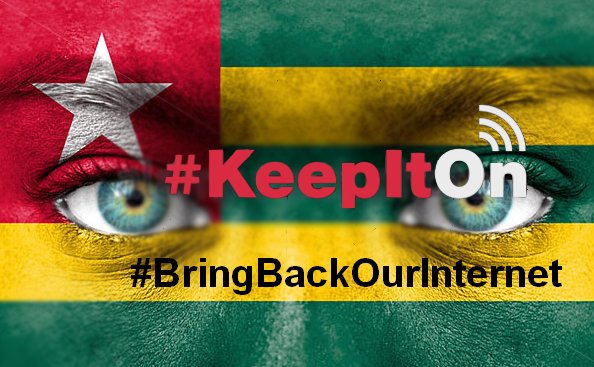 A coalition of some 35 civil society organisations has written to several international bodies including the African Union and the United Nations Human Rights Commission over the recent internet shutdown in Togo. Signatories to the letter include Paradigm Initiative, Reporters Without Border, World Wide Web Foundation, Access Now, DotunRoy.com, Committee to Protect Journalists (CPJ) and Ghanaian Centre of PEN International.

The Coalition calls on the international bodies “to bring a halt to the spate of Internet shutdowns in Africa and to publicly declare your commitment to this effort. Also, we urge that as the political situation in Togo unfolds in the coming days and weeks, Your Excellencies use your offices to ensure that the Internet and Telecommunication services are kept on.”

It would be recalled that the Togolese government shut down mobile internet services in the country for six days earlier this month. This shutdown was in response to a wave of protests in Togo against the ruling government. The shutdown was a blow not only to citizens exercising their right to protest but to others who use various internet services in their businesses. This shutdown, however, was met with wide condemnation from internet freedom groups across the globe and the government grudgingly restored services after 6 days of blackout.

This explains why the coalition has written to international bodies to wade in and ensure internet shutdowns in Africa become a thing of the past. In relation to the Internet shutdown and the need for support from international institutions such as the AU, ‘Gbenga Sesan, the Executive Director of Paradigm Initiative, stated,“Internet shutdowns are implemented on the orders of governments, and the time has come for the African Union to take more responsibility in preventing governments across Africa from shutting down the Internet”.

Tope Ogundipe, Paradigm Initiative’s Director of Programmes, also said, “the time has come for a greater peer review mechanism among African leaders. The rest of Africa cannot keep silence when human rights abuses on the scale of Internet shutdowns are conducted on the continent. We hope that our letter sent out to these African and world leaders conveys our protest and results in greater action against Internet shutdowns in Africa”.

A copy of the letter is available here.