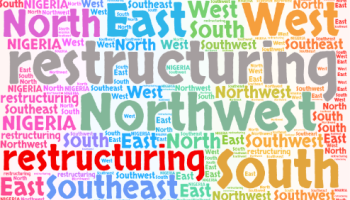 The founder of Ibadan-based Guildance Community Development Foundation, Mr Kabiru Adisa FCA has commended Yoruba leaders for convening the Yoruba Summit that deliberated on restructuring and other associated issue. This was contained in a press release issued on Sunday by the chartered accountant and development expert.

“I find it gladdening that Yoruba leaders are now following up their restructuring demand with concrete plans. It is easy to just shout slogan without providing specifics. With the specifics on restructuring contained in the Summit communique, I have no doubt that we are now getting somewhere on the issue and we can now have the much needed debate using this,” Mr Adisa said.

He however cautioned restructuring agitators against failing to take the aspirations and feelings of other Nigerians in to account.

“I am a bit worried that some of these agitations are not creating common ground with regions that may not be disposed to restructuring. There are regions that may feel that restructuring is not in their best interest as it threatens to stop the federal allocation that is responsible for keep their regions running,” he said.

“If you are saying restructuring will take away that allocation, how exactly do you want the regions to support your proposal when such support is practically a suicide? Therefore, restructuring agitators must come up with a compromise that will interest these other important regions. We could look at reducing federal allocation to states over a period of years that would allow all regions time to create new revenue sources. With a compromise like this, the restructuring agitation may be dead on arrival.”

Adisa also emphasized the importance of ensuring that restructured federation does not suffer the same case of mismanagement of resources and power that Nigeria is currently suffering.

“We also need to create a reliable national database so that planning will be based on actual data on not fabricated data. Every Nigerian must be captured in the national identity database which must further be connected to BVN, international passport, driving license and others. A restructured Nigeria cannot thrive without this system,” he concluded.