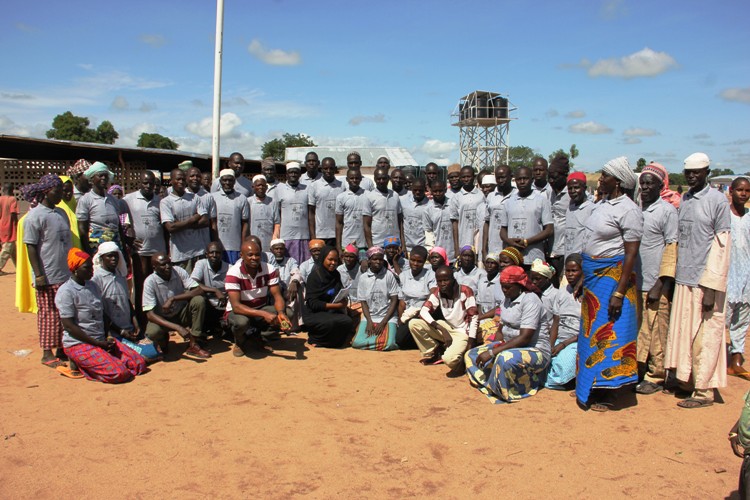 The Australian High Commission in partnership with the International Centre for Energy, Environment and Development has provided institutional clean cookstoves to Internally Displaced Persons in Malkohi and Fufore camps in Adamawa State. This is the second time in 2 years the High Commission is providing the much needed support in expanding access to safe fuels and energy for IDPs in the State.

This initiative has built the capacity of over 200 IDPs including women and youths in the state on efficient household and institutional woodstoves production, installation and sales. The stoves, produced using locally sourced raw materials, significantly reduce emissions of harmful gases compared to the traditional three-stone stoves. Firewood consumption with the new stoves is reduced by about 60% thus making very significant saving on cost of cooking fuel. In addition, the cooks have achieved better health as a result of less exposure to

smoke. Furthermore, introduction of the stoves have made the IDPS an important agent in the fight against deforestation and climate change.

According to Hauwa Ali, the Chief cook in Malkohi camp “The new stove cooks faster than the 3-stone stove with small quantity of firewood. With the old stove, we do not sleep well at night due to exposure to the heat in the kitchen and our eyes are always itchy and red but the new stove is smokeless and there is no heat”, she said.

Access to fuel-efficient stoves, cooking fuel and lighting is usually a minimum standard in humanitarian response. However, while clean cookstoves and lighting are all recognized as lifesaving non-food items provided to IDPs, these minimum requirements are not often met.

The Executive Director of ICEED; Ewah Eleri in his remark said “this project seeks to fill a gap in the humanitarian response in Nigeria. Typical IDP camps are characterized by lack of opportunities for employment and meaningful livelihood. This contributes to youth restiveness and tension. Adopting alternative fuels and energy technologies can create jobs for IDPS, especially women and youths. The use of these stoves also reduces the health risks of indoor air pollution faced by cooks”, he concluded.

The broad objective of the project is to provide effective response to the cooking energy needs of IDPs in Northeast Nigeria in a safe and sustainable manner. It seeks to address the problems associated with centralised institutional cooking for feeding programmes in IDP camps by reducing smoke and the incidences of respiratory diseases amongst cooks. This is in addition to improving efficiency in firewood usage and thereby contributing to addressing climate change.