May 19, 2017 #NotTooYoungToRun, Youth Initiative for Growth and Advancement (YIAGA) 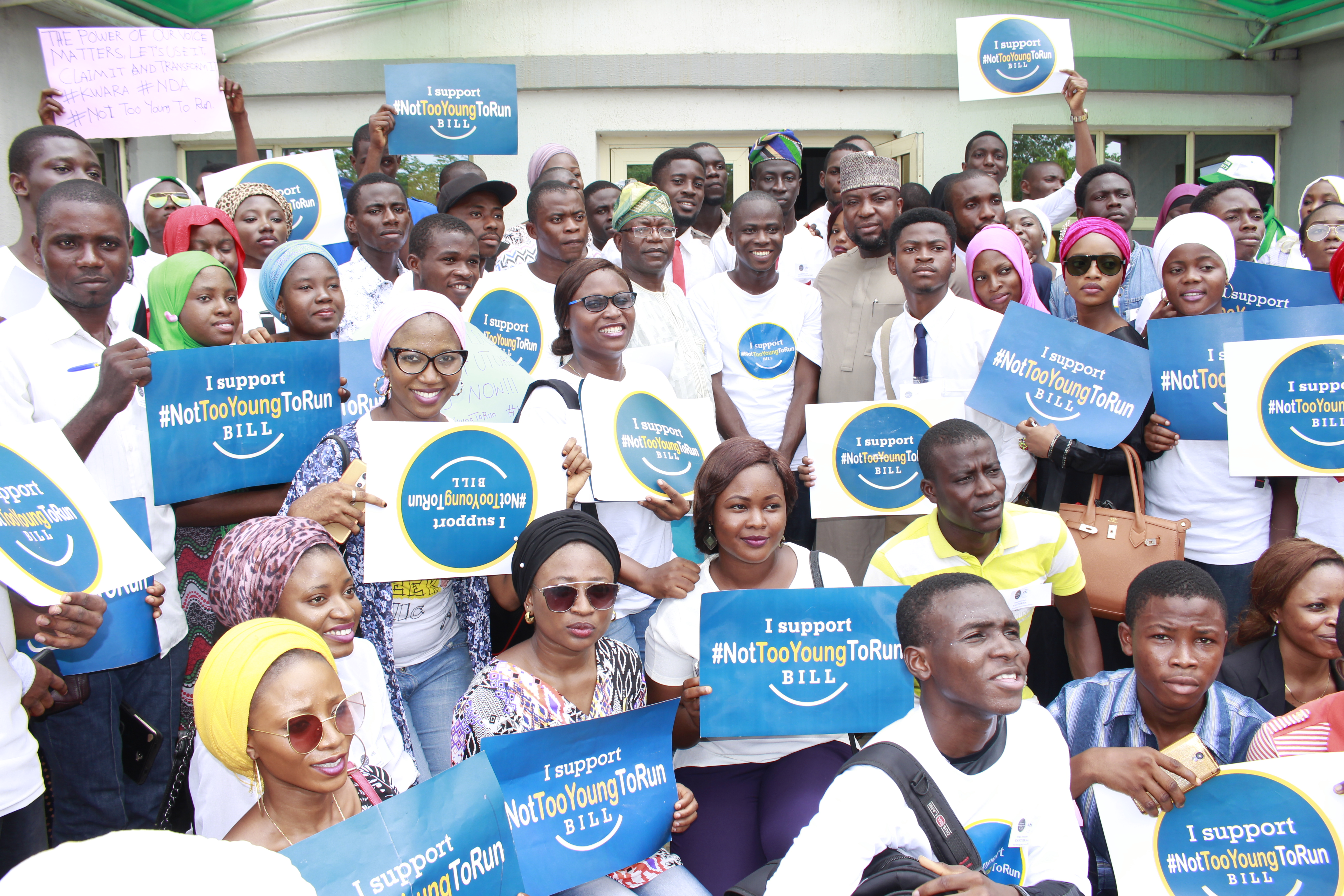 On Tuesday, 16th May, 2017, history was made in Ilorin, the Kwara State capital, as a Non-governmental Organisation (NGO), Brain Builders International led citizens and other Civil Society Organisations in the State on a peaceful road walk to the Kwara State House of Assembly complex. The movement was to ethically lobby the legislators to support the Not Too Young To Run Bill.  Tijani Sheriffdeen, an undergraduate student of the University of Ilorin reports.

On getting to the Assembly complex, they were warmly received by the House leader, Hon. Hassan Oyeleke and other members of the House, who had just ended their proceeding for the day.

The National Coordinator of Brain Builders International (BBI), Mr. Olasupo Abideen, who led the youths informed the lawmakers that they were at the Assembly to solicit their support towards ensuring the passage of the Not Too Young To Run bill, which is currently pending at the National Assembly.

He explained that there had been peaceful agitations for the involvement of youths in the political system of the country, adding that similar peaceful walks have been held in other states of the federation to canvass support for the Not Too Young To Run Bill.

Olasupo observed that young people have made significant contributions to the growth and development of Nigeria, and as such, should be given more opportunities to participate in decision making and governance of the country.

To further prove his position, the BBI National Coordinator mentioned some vibrant youth who are contributing to the development of Nigeria in their respective capacities to incude Bashir Ahmad, Tolu Ogunlesi, Adebola Williams among others.

Responding, the House leader, Hassan Oyeleke representing the Speaker, Rt. Hon. Dr. Ali Ahmad expressed support of the House for the bill and assured that the House would treat the proposal as soon as it is presented to it.

Also speaking, a member of the House, Hon. Moshood Bakare pledged his support for the Bill and promised to lobby other legislators to give life to this Bill.

He said he is someone who believes in the capacity and brilliance of youths as he himself held brilliant capacities where he performed wonderfully well at a very young age. “If youths are doing wonderfully well outside this nation, why should we then restrict the brilliant minds we have in our own country?” he said.