May 4, 2017 Abuja Chambers of Commerce and Industry 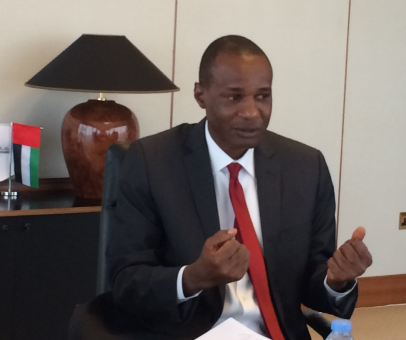 Tony Chidi Ejinkeonye was appointed the president of Abuja Chamber of Commerce and Industry (ACCI) in 2014. Born on October 13, 1964, he hails from Eziachi in Orlu Local Government Area of Imo State. He is the fifth of seven children and third son of Luke Ebere Ejinkeonye, a transport mogul and his wife, Monica Ijeoma Ejinkeonye.

sales, construction, recycling, merchandising, financial and engineering consulting. Being a workaholic, he headed various units like the spare parts section, motor sales section and polypropylene manufacturing section of the company.

He later headed to Awka for his university education at the Nnamdi Azikiwe University, where he bagged a Bachelor of Science (BSc) degree in Accountancy in 1999. He took a professional accounting course at the National Accounting College, Jos, and was certified a national accountant in 2006.

On assumption of duty as the ACCI President, Ejinkeonye quickly moved to reposition the chamber for better service delivery.  He put structures in place to ensure that it is run as an organization. He created an Alternative Dispute Resolution centre to handle disputes; created distinct departments; floated a cooperative society for workers’ welfare as well as provided an enhanced remuneration package for staff.

He has also attended various professional courses both in and outside Nigeria, including *Transforming Your Leadership Strategy – MIT Massachusetts, USA, 2016;

*E-Commerce For Practitioners by United Nations conference on Trade and Development (UNCTAD) online – 2014;

*Training Programme for International Chambers of Commerce by CCPIT – 2014, Beijing;

*Seminar for Chambers of Commerce and Industry by China Council for the Promotion of International Trade (CCPIT) – 2009, Beijing.

He is married to Dr Ifenyinwa Ejinkeonye, nee Aneke and they have three lovely kids.