A coalition of about 40 civil society organisations (CSOs) on Wednesday staged a solidarity march of support for Amnesty International.

The march is sequel to a protest by a group who attacked Amnesty’s office and demanded the forceful ejection of the organisation from Nigeria.

But speaking at a rally on Wednesday, Abdul Mahmoud, a human rights lawyer and one of the leaders of coalition, said Amnesty could not leave the country because it has worked hard to protect the rights of Nigerians.

He also said when he was arrested in 1991 as president of the National Association of Nigerian Students (NANS), Amnesty came to his aid by organising massive campaigns nationally and internationally to ensure his release and that of other students.

“We are all beneficiaries of the campaign of Amnesty International and I give you an example. In 1991 when I was the president of the NANS I was arrested by the Ibrahim Babangida administration under decree number II,” he said. 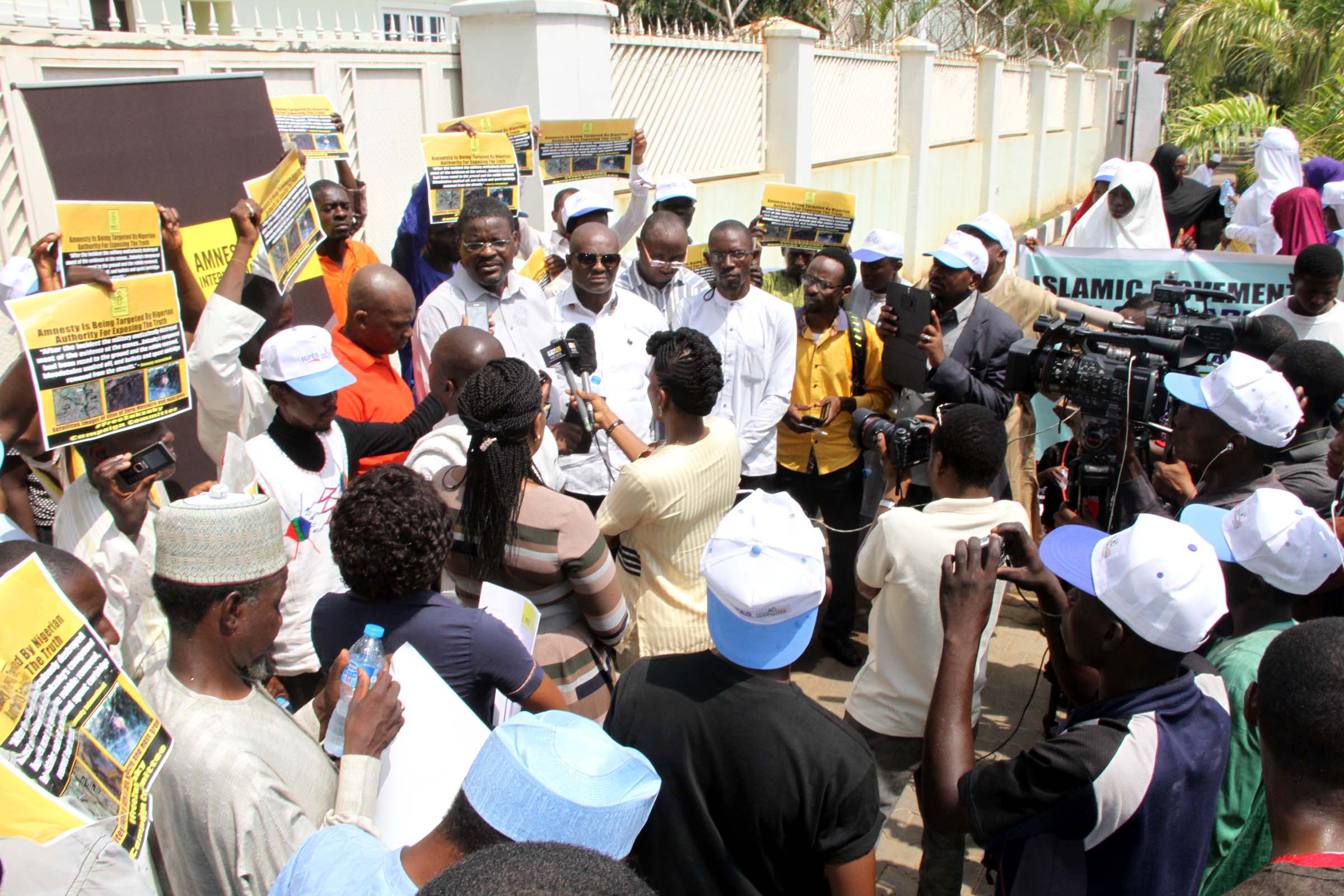 “Decree II was a military piece of legislation and we were detained by the then chief of military staff. Amnesty along with other human rights groups – alongside CLO held national and International campaign for my release and other students who detained across Nigeria.

“We woke up almost a fortnight ago to read in our papers that sponsored an hired thugs stormed the office of Amnesty International here in Abuja to demand their repatriation from Nigeria and their forcible removal from Nigeria. Not acceptable.”

Jude Ndukwe, a co-convener of the coalition, said it was sad that youths would be “rented” to protest and attack the office of Amnesty.

“Amnesty International is here to stay and it is going no where,” Ndukwe said.