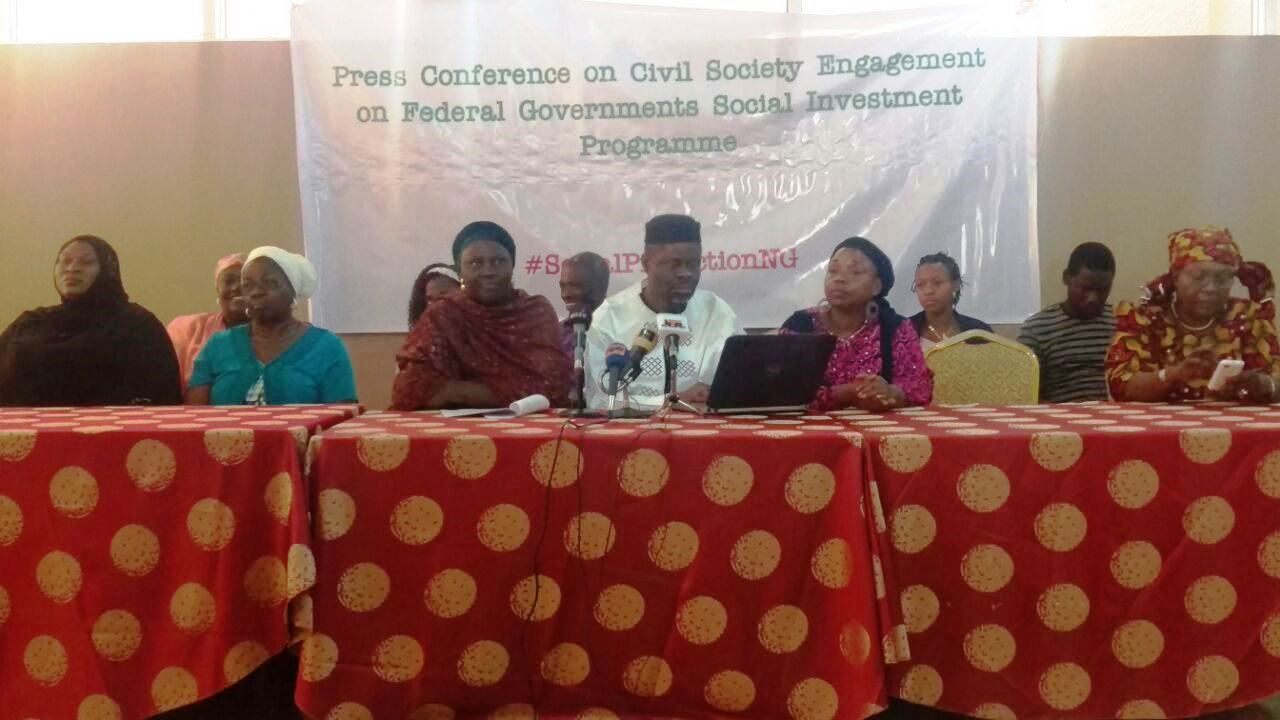 The Civil Society Network on Social Protection has urged Federal Government of Nigeria to employ better holistic monitoring approach in the implementation of the social investment towards achieving rapid socio-economic transformation in the country as similar efforts by government in the past had suffered huge setbacks due to distortions, lack of holistic approach to design and implementation, political interference, poor planning and faulty implementation frameworks.

In a Press statement released at the Press Conference which held today in Abuja, the Steering Committee of the Coalition which comprises 300 non-governmental Organisations, Civil Society Organisations, Community Based Organisations as well as Faith Based Organisations working toward ensuring adequate social protection emphasised that with the current state of the nation’s economy and level of impoverishment of the mass of the people of Nigeria, an holistic implementation of social investment programmes is paramount in ameliorating the hardship being experienced by the poor and socially disadvantaged in the country.

According to Ojobo Atuluku, the Country Director, ActionAid Nigeria, ‘I must commend the Federal Government’s Social investment initiative, it is a well-intentioned one. However, holistic approach in its implementation is quite fundamental. Over the years, several Billions of Naira have been earmarked and gone down the drain and even in 2016 we are yet to feel the impact of this initiative in the lives of the people’.

‘In order to avoid such pitfalls in the next implementation frameworks and strategy holistic monitoring approach is needed and must be put in place which is where civil society bodies such as this Network becomes necessary. Therefore we intend to use Community Based Organisations massively in the monitoring process of the implementation of this Federal Government’s initiative” she stressed.

Tasallah Chibok, Head Sector Programme, ActionAid stated that there is an issue of low awareness to be addressed regarding such social investment programme by the FGN particularly amongst the people in the grassroots.

She added that quite a number of the people at the grassroots need to understand that Federal Government has in its agenda to improve their living standard through proper implementation of social investment programmes across the country.

“We as Civil Society groups need to ensure that such initiative is successful in its agenda to better the lot of the citizens in this recession, she affirmed.