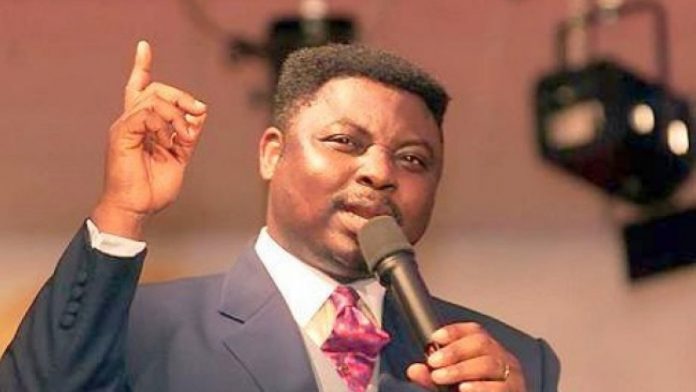 Nigerians have been told to stop wasting their time and effort in hoping that the nation’s economists and social scientists would provide solution to the current socio-economic problems bedevilling the country, rather they should look onto God and pray for solution.
The Head, Kingsway International Christian Centre,(KICC),Pastor Matthew Ashimolowo and the factional General Superintendent of Assemblies of God Church,Rev. Dr.Chidi Okoroafor, made the assertion in Okpoto Abakaliki, Ebonyi State at the Evangel Camp of the Assemblies of God Church, during the opening service to commence the Church’s annual three days programme tagged”Peniel”.

Ashimolowo, who was a guest preacher at the event being attended by thousands of worshipers, called on Nigerians to depend on God for a solution, instead of human beings.

According to the London-based cleric : “Some nations, even if they have bad leaders, once they go to God in prayer, He will make a way for them.”But where the Church fails in raising men that is where there will be problem. Apart from God and the scripture, we can’t make a head way in situations like this. You cannot rely on broken men to heal a broken country; for you to overcome a problem you need a power greater than the one that caused the problem and that power is Jesus.”

Ashimolowo, who had earlier preached a sermon before the huge congregation, however, stated that time had come for a new beginning in the Assemblies of God.

Making reference to Okoroafor, he said: “the quality of leader determines the quality of the people. You are providing a quality leadership in the Church and for that I’m here to tell you people that the days of new beginning have come for the Assemblies of God Church and nobody will be able to stop it.”

In his contribution, Okoroafor said the programme was targeted at “exposing the people to God and exposing God to the people; it’s a revival programme.”

Speaking on Nigeria’s economic situation, he said: “There is hope for the people but it will come from God. When there was upheaval in the Bible, precisely in the Book of Ezekiel, God did not look for scientists or economists.”