#WatchingtheVote: A Story on How YIAGA Is Using Technology to Promote Electoral Democracy 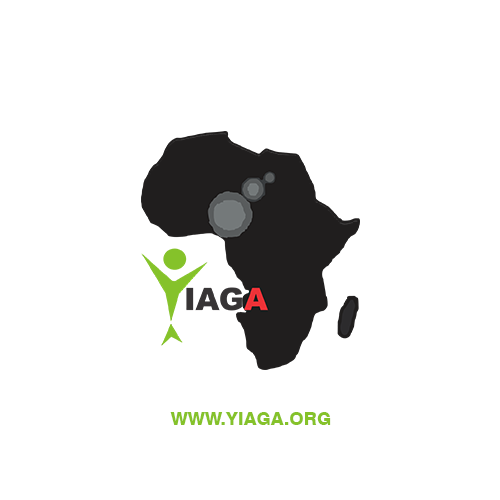 Why are elections such a big deal? Why do they matter so much? Why do governments, political actors, civil society organizations, media, citizens and other critical stakeholders invest so much in the conduct of elections?

Elections are important for a variety of reasons. Far from being “just another civic exercise” conducted periodically, they provide a unique opportunity for citizens to have a sense of belonging in their society. This is because, through elections, citizens choose those who will represent them at various levels in government.

The major difference between a democracy and a dictatorship is that in the former, people come into power through an already established election system. Nigeria’s electoral system, despite its shortfall, has continued to improve since the return to civilian rule in 1999.  Elections in Nigeria have evolved from being an exercise marred by gross electoral fraud to one where an incumbent President can lose at the polls.

The appointment of Prof. Attahiru Jega as the INEC Chairman birthed a lot of electoral reforms such as the use of NYSC corps members as ad-hoc staff during elections, use of Direct Data Capture for voters registration as well as the use of smart card reader machines for elections. These reforms have helped to strengthen Nigeria’s electoral process.

In spite of progress made in Nigeria’s electoral process, a noticeable gap remains. The lack of open data for elections remains a challenge in a modern world driven by technology.

This gap is what YIAGA intends to fill.

Election observers deployed to various parts of the country have limited time to observe and report the voting process. The observers are also pressed for time to quickly put out a full report of their observation. This report must not only be timely, it must also be credible and a true reflection of what happened in the field.

To address this issue, YIAGA has come up with an innovative strategy for improving election observation. That strategy is #WatchingTheVote.

The initiative is designed to promote credible elections and boost citizens confidence in the electoral process through the provision of citizens’ oversight on elections throughout the electoral cycle.

#WatchingTheVote relies heavily on the use of SMS to provide real time election updates that validate the credibility of election results as well as elicit real time response from election stakeholders before, during and after elections.

Whereas regular election observation tends to focus merely on voting on election day, #Watching TheVote will focus on all the phases of the election- pre-election, election and post-election.

At the election phase, the assessment will begin on the eve of the election. Observers deployed to the Registration Area Councils (RACs) at various Local Government Areas to observe the arrival of the sensitive materials, the presence of security officials at the RACs, as well as the readiness of the poll officials for the election.

During the elections, observers will assess the entire accreditation and voting process, conduct of poll officials and security agents, as well as compliance to electoral guidelines by officials and voters.

The post-election will audit the overall process, from how the election management body conducted the election, to the performance of security operatives as well as the relationship between the level of security deployment, voter turnout and peacefulness or otherwise of the polls.

Watching The Vote And Election Observation

#WatchingTheVote was developed to aid the election process and improve electoral democracy. Leveraging on several years experience of election observation, YIAGA developed a comprehensive checklist to aid observers while on the field. The 38 questions on the checklist were designed for the different phases of the election. Using an integrated SMS platform, observers will assess the electoral process and send in their reports. Ms. Mbamalu says the purpose of this strategy is to ensure that a full report of the election is ready as soon as the election ends.

What Makes Watching The Vote Different

#WatchingTheVote website is user friendly. Features such as ‘submit report’ allow observers and other citizens to submit eye witness reports on election day. Citizens can also view already published reports about an election.

The tweets and trends will be analysed, and if need be, escalated. Furthermore, SMS reports from observers on the field will be vetted against trends on the election via social media platforms such as Twitter.

“For the public, every tweet with the hashtag #EdoDecides, #WatchingTheVote, INEC, Edo  and other key words will be analysed on our platform. Also information received will be double checked for authenticity”, he says.

Cynthia Mbamalu says the difference between Watching the Vote and similar technologies is the wholistic approach it adopts.

According to her, #WatchingTheVote looks at different angles of the election and provides data that ordinarily may not be in the public domain, in an easy to understand format.

“On #WatchingTheVote website, we have done an analysis of the level of PVC collection, security deployment around the state, movement of sensitive materials from the INEC headquarters in the capital, as well as the estimated time of arrival at the several LGAs in the state. Watching the vote doesn’t just focus on voting alone. This is what is quite interesting about this strategy of election observation”.

Future of Election Observation In Nigeria?

There is no gainsaying the fact that the technology has revolutionized and continues to revolutionize the world as we know. Advancement in technology and development of innovative ways of observation elections will help make the process better, more transparent and more credible. Indeed, the future of election observation in Nigeria couldn’t be brighter.