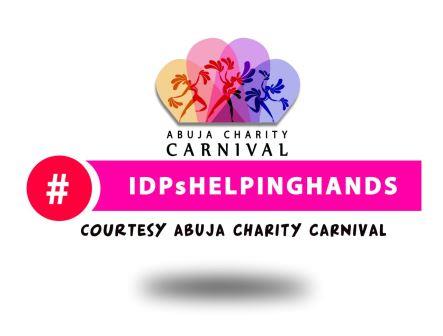 Abuja Charity Carnival Group (ACCG) alongside Veteran Nollywood Actors such as Zach Orji, Emeka Ike, and Paul Obazele among other had officially announced, endorsed and launched ”campaign hashtag” #IDPsHelpingHands for an awareness intervention charity carnival to save the lives of the IDPs living within the Federal Capital Territory and its environs.

According to Mr Dotun Roy, Head Media/Publicity for ACCG, “ACCG is a non-profit group of professionals, artistes, actors, lawyers, medical personnel, social workers, students and volunteers working together to achieve common humanitarian goals, thereby introducing a charity carnival tagged Abuja Charity Carnival (ACC)”. The ACC is first of its kind in Nigeria and it scheduled to hold on 29th October 2016 he added.

Mr Gyan Botcha, Head of Logistic for ACC added that the Abuja Charity Carnival is aimed at putting smiles on the faces of the internally Displaced Persons (IDPs) particularly those within the suburbs

of Federal Capital Territory by restoring their lost dignities as a result of terrorists attacks and giving them sense of belonging through recreational activities such as dance competitions, talent hunts, fashion show and parade, beauty pageantry and modelling opportunities.

“We are calling on organised private sector, Corporate bodies, multinational corporations to support and save these IDPs through this forthcoming carnival” said Mr Jakins, who is one the active member of ACCG.

For Sponsorship and Partnership