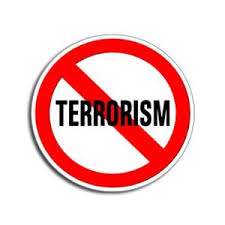 What happened in Nice, France, last week, shocked the world because it was basically tangential and bereft of the expected modus operandi of modern day terrorism. From all indications, even the Western world in all its sophistication was not prepared for it. This, in fact, shows that the world has yet to totally grasp the true dynamic of terrorism and the exact psyche of people that perpetrate them.

Again, it depicts the potential ingenuity of mankind towards deploying evil paraphernalia. Take away guns; take away bombs, yet determined wicked mind devices other – more chilling – modes of terror.

One may ask, why should environmentalists be concerned? The answer is that terrorism is fast becoming more lethal than warfare, both in number of casualties and in collateral mayhem. On November 5, 2001, the United Nations General Assembly declared November 6 of each year as the International Day for Preventing the Exploitation of the Environment in War and Armed Conflict.

The UN noted that though mankind has always counted its war casualties in terms of dead and wounded soldiers and civilians, destroyed cities and livelihoods, the environment has often remained the unpublicized victim of war. Water wells have been polluted, crops torched, forests cut down, soils poisoned, and animals killed to gain military advantage.

Today, what could be worse than what terrorism is doing to our environment? Nigerians do not need to look elsewhere to visualise the trauma. Just two days ago, a massive oil spill was recorded when militants bombed an SPDC pipeline in Delta State. And in Europe, reports emanated suggesting fears of terrorists using dirty bomb. This kind of bomb has more impact on the environment than on humans because of its radioactive properties.

So, this is exactly why we all must take the global terrorism threat seriously, and seek ways of defusing it. And, the word, global, means exactly that, because terrorism now utilises global technologies like the Internet and social media.

The irony is that the internet which has united lovers, and brought products to the bedside of consumers, is now connecting terrorists with their potential recruits in far-flung parts of the globe. It has made radicalisation easier and quicker, and has provided the virtual classroom where marching orders are dished out to new converts.

For instance, it was widely speculated that the emerging “lone wolf” attacks witnessed in Europe in recent times, were inspired by an online broadcast by an Islamic State spokesman who told “adherents all over the world” to pick up any weapon they could lay their hands on. Analysts said that if Mohamed Laouaiej-Bouhlel, the Nice truck terrorist, organised the massacre on his own, he might have been influenced by an appeal issued by IS’ spokesman, Abu Mohamed al-Adnani in 2014, in a method termed “low-cost terrorism”.

“Kill the infidel, whether he’s a civilian or a soldier. Hit his head with a stone, slash his throat with a knife, run him over with your car, throw him from a high place, strangle him or poison him,” al-Adnani’s statement said.

IS said that the Nice terrorist “carried out the operation in response to appeals to target citizens of countries that belong to the coalition that is fighting Islamic State.” However, many believe that because there was no mention of precise orders or even of Laouaiej-Bouhlel’s allegiance, it should be assumed that the man was merely inspired – but not dispatched by – IS.

Despite the statements by IS and the French interior minister, there is far more evidence that Laouaiej-Bouhlel was mentally unstable than that he rallied to the extremist group. He did not attend mosque, did not attend mosque, did not fast during Ramadan and did not appear on any watch list of radical Islamists. In his home town of Msaken, Tunisia, his father reportedly said that he once suffered a nervous breakdown.

The psychiatrist that treated him in 2004 said he had psychosis. Therefore, the man may have been what French experts call a “hybrid terrorist” – mentally unhinged and stimulated by Islamist rhetoric.

These theories and speculations are of particular interest to me because I have always argued that terrorism has its root causes in psychiatric dynamics as exacerbated by religion.

My personal research, which I have published, made me understand that depending on the particular individual’s inbuilt capacity, religion triggers a degree of psychoneurosis in the average human being.

By definition psychoneurosis, also known as neurosis refers to minor mental disorders that are characterized by inner struggles and certain mental and physical disturbances. They include the milder abnormalities of the cognitive, conative and motor processes precipitated by conflicts, frustrations and other emotional stresses. These partially incapacitate the individual to meet the demands of life properly and effectively.

The everyday demands of religion always come hard against modern (especially secular) material modus vivendi. Some religions make adjustments easy, while some others do not – and in fact encourage the conflict. It is within this fundamentalist milieu that we get adherents who cave in to their inner struggles, and then seek redemption as totally dictated by their psychoneurotic proclivities. These men and women are the ones who are easily recruited by agents of extremism and terrorism. For these neurotics, radicalization is the only gate of redemption they can identify with. Then, at the end of the radicalization process, they realize that martyrdom could be the fastest – and most beneficial – to resolve their ever-burgeoning psychic conflicts.

There are contemporary media reports supporting the above findings. Recently, I watched a documentary on Al Jazeera where former Al Shabab members told stories of their radicalization process. One of the subjects, a Muslim living in Europe, described how he was riddled with guilt and inner conflicts because he could not practice his religion as prescribed.

He said he became a night club regular, a gambler and a night crawler. But one day, in the train on his way back from one of his hang-outs, a fellow Muslim youth approached him, made him understand that he was not alone in the pleasure-ridden secular wilderness of Europe, but also offered him a new sense of spiritual rejuvenation, while telling him that he could only make his redemption permanent by travelling to Somalia with others like him to totally dedicate his life to Jihad.

I believe that the Nice truck terrorist had a similar experience. His psychosis, which is a stronger form of psychoneurosis, was effectively manipulated by eagle-eyed recruiters either via the virtual space or other forms of contact. In his case, the radicalization process was fast because he was already wound up and waiting.

Meanwhile, there are two essential lessons that Nigeria should learn from the Nice terror incident. Firstly, in all the media reports I saw, I noticed that there were no pictures and videos of bloodied, mangled dead bodies and body parts, as would have been the case in a typical Nigerian media report. This is a lesson: We should learn to show some respect for both the living and the dead. No gore please!

And then for our dear President Buhari, more empathy should be shown to victims of terror, and indeed all Nigerians. We have enough helicopters and jets to fly you to scenes of attacks by so-called Fulani Herdsmen. The French President, who immediately visited hospitals, did not do so because he would heal the wounded; he did it because he is their President, and needed to show that he cares.