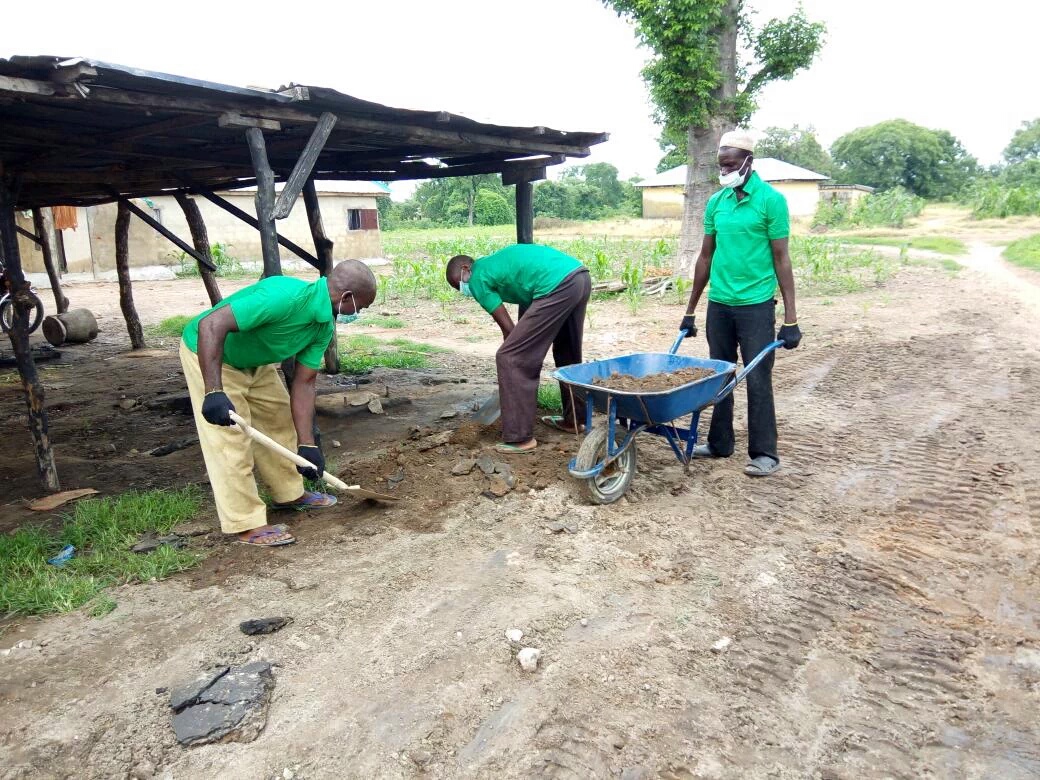 We are extremely excited to announce that the Federal Government has finally bowed to public pressure and commenced the clean-up of Shikira, a small rural mining community situated in Rafi local government area, Niger State. One year and three months, after the devastating outbreak of lead poison that killed 28 children and left over 300 hundred others below the ages of five with high level contaminants in their blood.

This exercise is mostly profound in the sense that at the moment it is expected to prevent further exposure, open the door of opportunity for the treatment of those already affected as well as restore back the ecosystem and ensure livelihood sources.

Follow The Money Team, while celebrating this significant landmark in history of the Nigerian mining industry, also want the government to be transparent in carrying out this assignment and come up with a clear work plan showing the actual amount budgeted and a definitive time frame for completion of the project. It is important to mention that NGN 256,688,000 was appropriated in the 2016 budget for ‘Characterization & Remediation of Lead Poison Contaminated Communities’ that was signed my Mr. President. This is important, so as to enable us effectively participate in monitoring the process and provide the public with every necessary information they may require.

Also, it gladdens out heart to attribute a large chunk of our happiness to MSF/Doctors Without Borders for their relentless efforts and patience to the success of this noble initiative. Their willingness to render free medical services to the victims as soon as the clean-up is completed justifiably explains our accolade. We, therefore, urge the federal ministry of Health to work closely with MSF in fulfilling this critical task and initiate collaboration, especially in the area of knowledge transfer to strengthen her manpower capacity to handle such issues in the future.

The sad story of Shikira is just one in a million. It would be recalled that in 2010, 400 children lost their lives and over 1, 500 others were infected due to a similar occurrence in Bagega, Anka local government area in Zamfara State. And this is highly pathetic because the incident occurred long after the release of a report by OK International warning of an impending lead poison explosion in the affected communities including Shikira. So, we are calling on the federal ministry of Solid Minerals to revisit that report and ensure that its recommendations are followed in subsequent interventions and plans to avert any possible repeat of the ugly situation elsewhere in the country. The Senate of the Federal Republic of Nigeria is another key institution to recognise in this achievement. The passage of an outright legislation mandating the federal government to immediately clean up the impacted site, without further contemplation, in our assessment vividly demonstrate the hallmark of true leadership. Accordingly, we implore similar gesture and magnanimity from the lawmakers to also consider the review of the 2007 Mining Act to capture present realities in the industry, empower host communities and permanently address the challenges bedeviling large and small scale artisanal mining activities in Nigeria.

In conclusion, we will like to commend President Muhammadu Buhari for demonstrating the trait of a listening leader by adhering to public outcry. Amina Mohammed, the honourable minister of Environment, is another character of noteworthy; we are highly gratified over her visit to Shikira, an action that opened the mind of government to the depth of the epidemic which subsequently facilitated the commencement of the exercise. The greatest of our humility goes to the public especially those who added their voices and ensured that the right thing is done – They are the ultimate winner of this struggle, and this is so because, their actions have again revealed how the power of unity and mobilisation can help sharp any government.

Thank you all and God Bless.