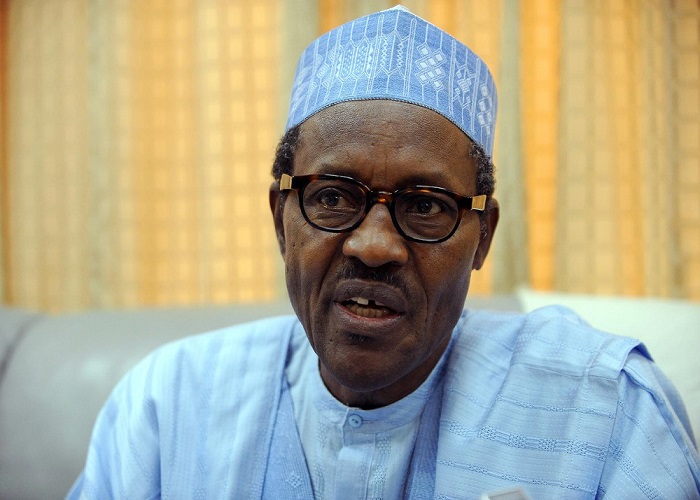 President Muhammadu Bu­hari on Wednesday said that more suspects will be arraigned in court for prosecution by his administration over corrup­tion cases.
He spoke at a meeting with members of staff of the Presiden­tial Villa and warned Nigerians to be mindful of his intolerance of corruption as those caught in any underhand deal will be appro­priately dealt with.
The meeting, which held at the forecourt of the Presiden­tial Villa, was the first of such be­tween any Nigerian leader and staff members of the seat of power.
Buhari began his address to the workers by thanking them “for welcoming me back from my health break. You are the judges; perhaps I look healthier than I left or I came back worse”.
While acknowledging the dif­ficult times Nigerians are facing, the President was nonetheless em­phatic that he would not condone corruption from them as he would continue to haul suspects to courts for prosecution.
His words: “All fraud must stop. If they don’t believe us, they should go try and see those we caught red-handed with public funds.
“This exercise will continue as long as this leadership is here. Whoever takes anything that does not belong to him or that he is not entitled to, it will be documented and the person will be taken to court.
“This is the only way I think we can bail ourselves out. I am asking you to dedicate yourselves more to your country because I said more than 30 years ago, that there is no other country but Ni­geria.
“We are determined to reha­bilitate our country for the sake of our children and our grandchil­dren. I have never in my life – from class monitor to this place twice in different forms – believed in cor­ruption.
“In what we are doing, if we had made mistakes along the line, the country would have been fur­ther backward than this.
“But we don’t touch anybody who did not touch public funds, so you should behave yourselves. If you don’t have houses in Abuja and the whole of Europe, you will sleep soundly. You and your fam­ily will earn respect.
“But if you short-change the treasury, you will be caught and I pity your family because peo­ple will be abusing them. People will be calling you big thieves; that how did you raise money to build all the houses in Abuja and Europe with your meagre salary.
“I think personal integrity is something to be encouraged. I as­sure you that I am absolutely dedi­cated to serve Nigeria. Those who behave themselves will never re­gret, but those who don’t behave themselves, na their problem.”
Buhari lamented Nigeria’s sole dependence on oil to the det­riment of agriculture, as “most people threw away their farms and solid minerals’ equipment and rushed to the city to enjoy oil money”.
Declaring that a lot of success has been recorded in overcoming insurgency in the North East, the president noted that the militancy in the Niger Delta region has not helped matters.
According to him: “Unfortu­nately, the other unstable part of the country, the Niger Delta, with their myriad of organisations that are competing over which one can do more damage to the coun­try and the oil companies and oil wells.
“For how long are we going to do this? It is not easy to preach change when people are used to something from 1999 till now.”
Speaking on the need to leave a legacy for the future generation, he said: “Let’s not lose the oppor­tunity for the future so that we can build an infrastructure.
“Look at power, how much did we spend on power? From barbers to factories, shops, we all depend on power. Yet, there is vir­tually no improvement from 1999 till now, no matter how many bil­lions they (past administrations) have spent.
“What I am asking Nigerians really is that what is our alterna­tive? Our immediate alternative is agriculture and solid minerals. That was why we voted a lot of money for agriculture so that we can at least feed ourselves. And once we can feed ourselves, we can say okay let the struggle con­tinue. At a least, we can eat two to three meals per day.
“We have to quickly go back to the farm. It is too late for this year. But next year, we will make a bet­ter arrangement to make sure that we can feed ourselves.”