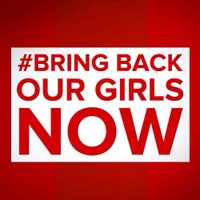 One of our abducted Chibok girls, Amina Ali Darsha Nkeki from Mbalala has been found in Kulakaisa area at the fringes of Sambisa Forest by vigilantes from Chibok on patrol yesterday night.

Information has it that she is already breastfeeding a child said to be over a year. She identified the vice principal of her school GSS Chibok (where she was among 276 were abducted on 14 April 2014–765 days ago–57 of whom escaped 2 years ago). She also spoke with her mother.

She says all of the others are still in the Sambisa forest area. That they are heavily guarded.

She has been handed over by the vigilantes to Nigerian troops at Damboa who help with facilitating the verification of her identity.

We await official confirmations from the military and the Nigerian government.