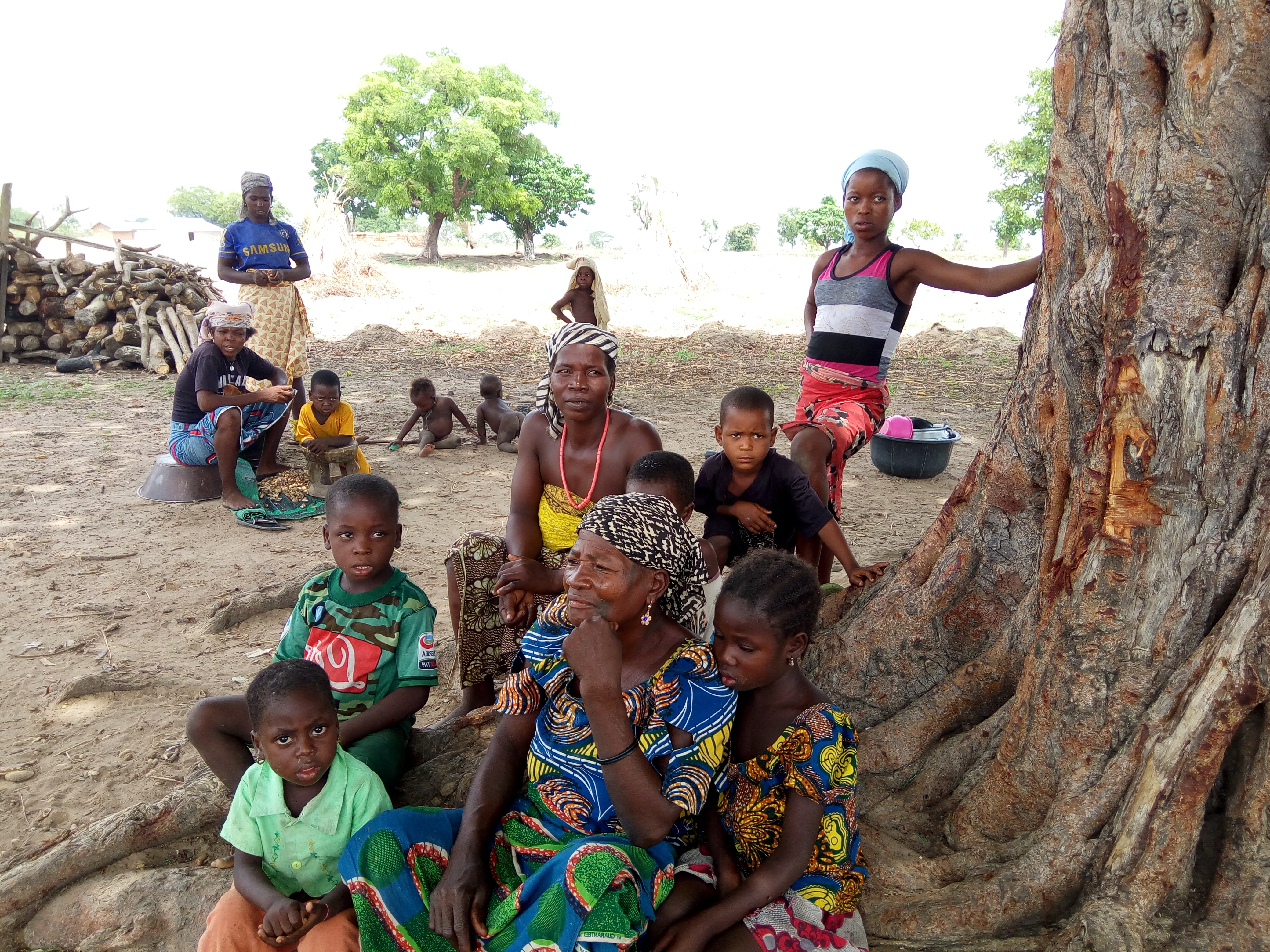 Over one year after lead disaster that killed little children, nothing has been done to save other living as Connected Development [CODE] warns that time is running out to solve the Niger crisis in Nigeria. “Shikira which harbours two villages (Ungwar Magiro and Ungwar Kawo) is reaching crisis point” said Hamzat Lawal, Chief Executive, CODE. “More than one year after the lead poisoning disaster was first discovered in Niger state, over 300 hundred children below 5 years are still awaiting critical medical treatment.

Our partner, Médecins sans Frontières (MSF) / Doctors Without Borders is ready and willing to treat these children, but cannot do so until their homes have been environmentally remediated. It’s time to get the lead out of Shikira,” he continues.

Remediation was due to begin at the end of October 2015, directly after the last rainy season. The window for remediation in Shikira is closing rapidly, if the process is not started before the end of May, it will be too late before the next rainy season. This could have disastrous consequences for the community, mostly vulnerable sick children – if the funds are not released now, doctors chances of treating lead-poisoning victims in Shikira is drastically reduced.

Lawal, has called on President Buhari led federal government to release the needed funds, estimated to be five hundred million naira ($2.6M) for remediation through the Ecological Funds Office under the Presidency so sick children can get chelation therapy treatments and to help curb the spread of lead poison contaminations to other neighbouring villages.

Mr Lawal, who spoke at the Follow the Money Stakeholders Town Hall Meeting held on May 4 in Minna, Niger state, said he has called on the President and the National Assembly to declare Shikira community a state of emergency in the country.

He further expressed his disappointment on some key agencies of the government who were not present at the meeting.

“I’m not happy that relevant agencies of government, most especially federal ministry of environment, ministry of solid minerals and ministry of health are not present at this important meeting after sending invitations ahead of time.

“It shows us to what extent government takes the Nigerian life serious, most especially our vulnerable children who needs urgent medical attention,” he said.

He concluded by saying, ‘As part of Follow The Money social media campaign using the hash tag #SaveShikira on Twitter, upon returning to Abuja, we tweeted at the Honourable Minister for Environment, Amina J. Mohammed, and she responded saying plans are underway to visit Shikira after the Ministerial briefing holding this week Wednesday’. But can children in Shikira wait any longer? Time that we don’t have would tell!

On Community Outreach To Shikira

Sefiya Ibrahim is a 27 years mother to Hafizu Ibrahim, a 9 month old baby who has been on admission in Kagara general hospital for 16 days receiving treatments from lead poison. According to MSF, Hafizu has over 200 mg/kg Pb lead level in his blood stream and this are the cases of other children in Shikira below 5 years. In tears, Safiya is pleading with the government to come to their aid so she would not lose her son after losing two children in 2015 due to the outbreak. ‘I’m begging our President to come and help us so we can see our children grow to become men and help us when we’re old’.

Little Ibrahim did not stop crying the entire time we were in the hospital and he could not be pacified. We call the relevant government agencies to order and demand that remediation be done in these communities. We call on citizens to lend their voices to #SaveShikira and only immediate action by the Government can change the situation for the better. Doctors conformed that Hafizu has over 200 mg/kg Pb in his blood stream.

Before the Lead Poison Outbreak

Ever since the disease broke out in the Northern Region, it has left many dead. The disease is highly deadly and sometimes lead to fatal condition which causes severe mental and physical impairment. Young children below 5 years are most vulnerable to the lead poison, a highly toxic metal. This is caused by unregulated mining practices in communities across the country.

In May 2012, Occupational Knowledge International (Ok International) submitted a report to the Federal Ministry of Solid Minerals highlighting flash points of informal mining site is Nigeria that uses dangerous substances and mining techniques which are also prone to lead poison. In this report, Niger, Ebonyi, Nassarawa, Kaduna among other states where mentioned. The outbreak of lead in Niger state shows that nothing was done to curtail this buttressing government recklessness which has taken innocent lives, mostly children.

Speaking at the town’s hall meeting hosted by CODE in Minna, the Emirate Council representative, Galadima Katako of the Kagara community, said that the outburst has been on since last year, adding that he expected the government would have found a lasting solution.

He stressed that it is important for good coordinated approach spearheaded by government so we don’t have duplication of efforts and misinformation about the plight of our people. We are begging for quick actions on remediation so our sick children can access free medical treatments by doctors on the ground ready to administer them.

‘The issue has lingered on for a while now, and if the federal government does not provide a solution to it by July, then the situation will be critical.” he stressed.

“I want the Federal Government to help put an end to this unregulated mining activities and provide alternatives to secure jobs for the villages, ranging from agriculture amongst others,” he said.

However, the representative of the local miners, Shaibu Usman, stated that they agree that the mining they do is unregulated, adding that it’s the only source of their income in which they feed their families and also train their kids by sending them to school.

“We know that the lead poison generated from our mining, but we want the government to create jobs for us so we can stop the mining we do, or teach us how to mine safely and provide equipment to help us do it better” Usman said.

The Women Representative, Nuttu Shikira, also present complained about how life has become difficult for them due to the lead poison. ‘We have lost 30 children since the outbreak last year and we’re really worried so we don’t lose other children’. We call on the government of President Muhamadu Buhari to please help us. Not only our children are sick, even our husband has been ill for some time and can’t do any work again leaving me and my children to go hungry most times.

Mallama Shikira, further called on the Federal Government to provide urgent assistance to the people of her community.

Also speaking, a representative and Doctor, Simba Tirima, of Medicine and Frontiers, MSF, said that there is a high need to eradicate the lead poison existing in the various communities so as to have a healthy environment.

“there is need for coordinated efforts by the people living within the Shikira community to curtail the spread of the lead dust as a result of unsafe mining activities being carried out by the local artisanal miners” he said.

He however noted that in November 2015, characterisation was done to ascertain the level of contamination in the community and found out that more than 2500 community members exposed with over 300 children with high lead level in their blood stream.

MSF has set up a base in Kagara since October 2015 and with support from TerraGraphics conducted a full environmental characterization in November 2015 with a remediation plan submitted to the government.

‘We saw in some cases >500,000 mg/kg Pb in some areas which is far much higher that US EPA threshold which is 400 mg/kg Pb for residential soils’, Tirima noted.

Tsema Okoye, Global Rights representative added that remediation and treatment are not the only ideal solutions to the poison, stating that the ideal solution to this is to encourage these artisanal miners to practice safer mining and have government regulate this activities in local communities across the country. ‘The rains are here and in all of this, safer mining practices is key in ensuring no more outbreak in Nigeria is recorded’.

TerraGraphics, MSF and local stakeholders including Follow The Money Team are all ready to start work immediately upon the release of the funds. Both organisations have been collaborating with Government agencies and ministries to assure there is a system in place that is effective, accountable, transparent and that will guarantee the best outcomes for the communities of Shikira.

This kind of collaboration ensures community participation and ownership of both process and results while assuring accountability and compliance with internationally recognised standards and best practices.

Connected Development [CODE] is a non government organization whose mission is to improve access to information and empower local communities in Africa.

Follow The Money initiative has over 420 coalition members made up of NGOs, Journalists Campaigners, Activists and Academics using available data to ensure funds that are meant for local communities reach them. http://followthemoneyng.org

For Clarifications or Interviews: