Climate activists, Non-governmental organisations and other active advocates for environmental sustainability have intensified the awareness on climate change, its effects and possible ways to mitigate this phenomenon of the 21st century. They took to the streets of Abuja, Federal Capital Territory today, 30 November with placards with various messages such as climate change is real, CO2 is Killer, Plant a Tree and many others.

“This climate march is aimed at raising more awareness on climate change effects and to also act as pre-event/activity for COP 21 coming up in December in far away Paris, France, where world leaders, experts, technocrats as well as world environmentalists will sit to deliberate on the way forward on Climate Change around the world says Hamzat Lawal, Executive CODE.

Another participant who spoke passionately on climate change said today 30th November has been set aside across the world to raise more awareness of climate change and other environmental challenges facing the world at large. 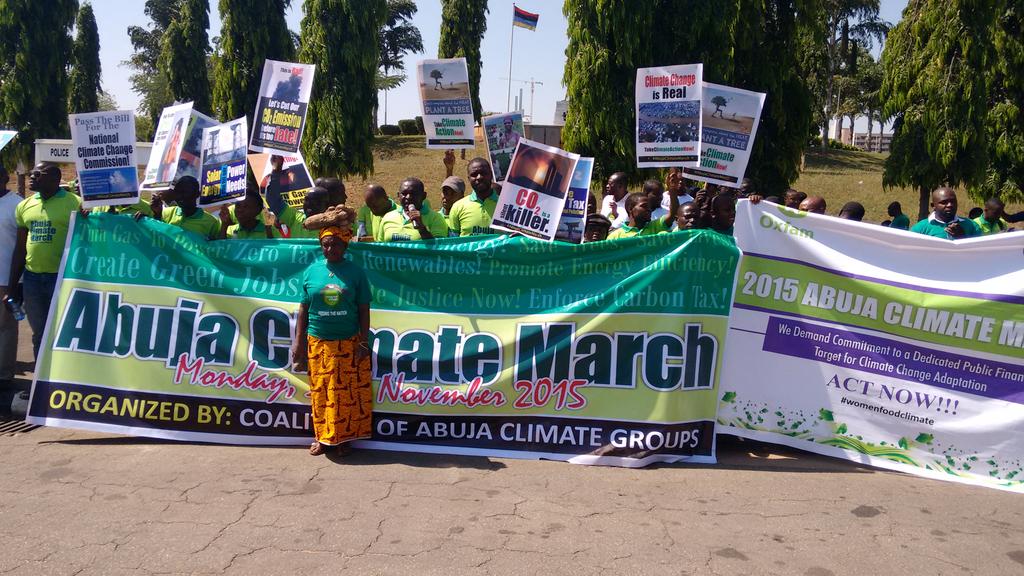