Today, 22 January 2015, BudgIT held a press briefing on 2012 flood fund impact assessment. According to BudgIT Team Lead, Onigbinde, he said in 2012, Nigeria faced high- magnitude floods which wreaked havoc culminating in large scale impacts on the country’s citizens. This spurred our team to visit 12 states to cover the extent of the floods and based on the severity of the floods, federal government classified the states accordingly with the disbursement of financial assistance for victims as well as relief materials support.

He alluded that as organisation who is committed to the principles of open data and governance, citizen participation and data transparency, we have consistently followed how these fund being use and dispense and with intention to keep updating the general public so as to be aware of the impact of the funds.

While briefing the press, he further stated that it is high time we created a structure which focuses on accountability and transparency in the every sector, particularly during the emergency response, rehabilitation and flood reliefs.

NEMA official and Representative from the office of Auditor General were present at the briefing to further cement the relationship between the two organisations.

Here are some pics: 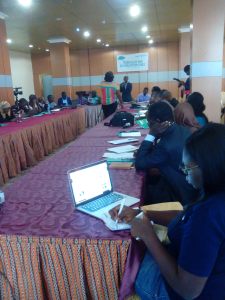 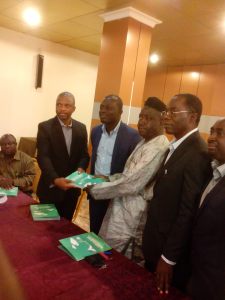