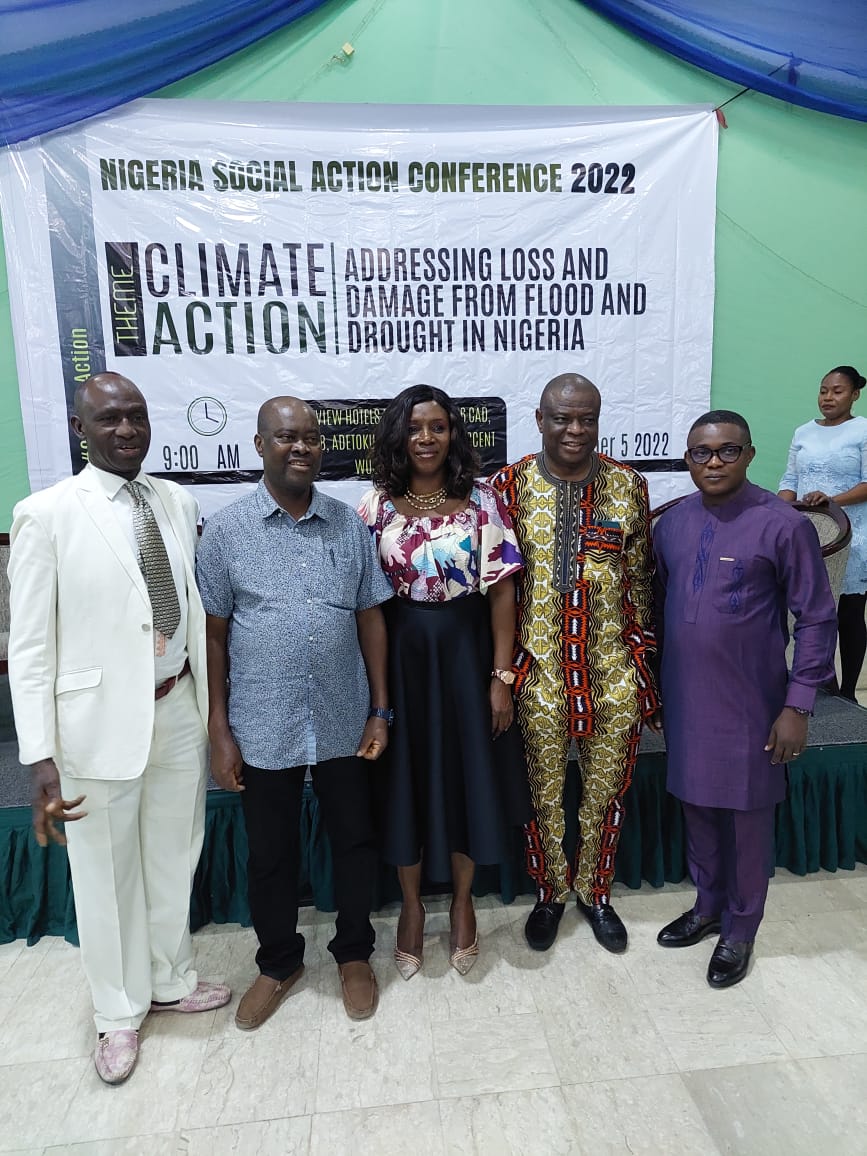 Social Action, a non-profit organization in Nigeria that has been leading the conversation around climate action, has urged the government at all levels to prioritize the need to address the issue of loss and damage from floods and drought across Nigeria.

This conversation was amongst the critical conversations at a Conference put together by same organization today in Abuja which treated climate change as one of the issues that negatively affects the smooth implementation of Social development plans in this part of the globe.

At the Conference, were various stakeholders in the development sector, eco-activists and advocates, media personalities and representatives of government agencies and parastatals, who made workable contributions and recommendations towards overcoming the negative impacts of climate change by leveraging actionable plans and mechanisms through effective collaborations amongst the state actors, duty bearers, civil society and the media.

“This will be to keep improving the coping capabilities of the general populace particularly the victims of the recent flooding.” said Botti Isaac of Social Action.

Also speaking at the Conference, Barrister Chima, a Climate activist who delivered key note remark noted that Climate action is as critical as any other thing in the scheme of things, as the reality of climate change has begun to take it tolls on the lives and existence of the people.

Citing recent flooding across the country as a typical example of what to expect when no action is being taken.

“There is need for government agencies, civil society and media to collaborate in addressing the negative impacts of the loss and damage witnessed through flooding in Nigeria that have displaced thousands” he said.

Conversation around compensation plan for the communities affected by the flooding was brought to table as well as how to hold government accountable in the implementation of whatever relief fund that may be earmarked in addressing this issue was dissected.

Panelists at the conference were Priscilla Achapka of WEF, renowned activist, Jaiye Gaskia, NIMET and NEMA representative, as well as Kolawole Banwo of Water Aid.