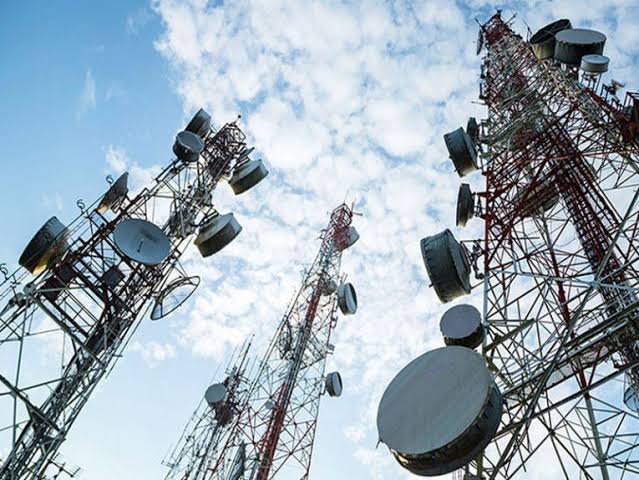 Nigerian telecommunications consumers may need to tighten their belts in the days ahead as Federal Government has concluded  plans  to impose 5% Excise Duty on all telecommunications services ranging from calls, SMS and data services.

They made the position known on Thursday  at a stakeholders’ forum organised by the Nigerian Communications Commission, NCC on  the proposed implementation of the  Exercise Duty on all telecommunications services in Nigeria held in Abuja.

They argued that such imposition would further aggravate the suffering of the Nigerian masses who had already been pushed into hardship and extreme poverty.

The new 5% Exercise Duty  is part of the new Finance Act signed into law by the President in 2020.

It is meant to be collected by the Nigerian Customs Service following the directives of the President Mohammadu Buhari that it should enforce the law on all telecom service providers in the country on all local and foreign goods and services.

In her presentation, the Minister of Finance, Budget and Planning, Mrs Zainab Ahmed urged stakeholders to support the implementation of the 5% exercise duty on telecommunications services, saying that the decision was informed by the dwindling revenue of the Federal government from oil and gas.

Zainab, who was represented by the Assistant Director, Tax and Policy, Mr Musa Umar commended the NCC for providing the opportunity to interact with stakeholders and to welcome their inputs in the revenue generation drive.

She highlighted that countries in Africa like Malawi, Uganda, Tanzania, others have all keyed into this revenue generation pattern.
The minister emphasised that this is needed to change Nigeria’s economic situation for good.

“The issue of revenue is not something that need to be shy away from, our revenue can no longer take care of our needs as a country.
“Also Nigeria is no longer making enough money in Oil revenue hence the attention is shifting to Non-revenue”.

She explained that the government is committed towards implementing the regulation in a seamless manner which will not affect Nigerians.

Earlier, in his welcome address, the Executive Vice Chairman of NCC, Prof Umar Danbatta said the forum was necessitated for stakeholders to get better clarifications on the 5% excise duty on telecom services implementation.

“As telecoms industry regulator, the Nigerian Communications Commission has engaged with the Federal Ministry of Finance, the Nigerian Customs Service and consultants from the World Bank to get needed clarifications. These engagements enabled us to better understand the objectives and proposed implementation mechanisms of the Excise Duty. Nonetheless, we consider it imperative that these implementing agencies should also meet directly with telecoms industry stakeholders to address areas of concern”

On his own remarks, the Comptroller General of the Nigerian Customs Service, Hameed Ali (rtd), pleaded with the stakeholders to be patriotic and reason with the government toward implementing the policy.

Hameed represented by the Assistant Comptroller General NCS, Mrs A.S Oshishi revealed that telecommunications operators are expected to be dully registered with the service for seamless actualization of the process.

“Either to pass the cost to consumer or capture it in an appropriation. The payment is to be made in arrears, on the 21st of every month”, he stated.
In his response,  the Chairman,  Association of Licensed Telecommunications Operators of Nigeria,  ALTON, Engr Gbenga Adebayo described the new tax regime as a stange move  and unsual development in the misdst of 39 different tax payable by the telecom operators in the country.
He insisted that the new tax burden would be passed to subscribers.

“It is a strange move, it appears a bit unusual. exercise duty is suppose to be apportioned to goods and products, but we are surprise this is on Services.

“We will continue to support government but  ALTON, won’t be able to subsidy this on behalf of subscribers in addition to the 7.5% VAT making it 12.5% payable by subscribers to the federal government.

“We currently pay alot of taxes, running into 39 of them, so we can add more to the our existing burden. We won’t be able to absolve this on behalf of subscribers.

“The 5% Excise Duty will be paid by the subscribers. It will collected by the operators on all voice and data services including OTT and remitted to the Nigerians Customs”, he stated.

Also responding,  the President of ATCON, Engr  Ikechukwu Namani said the proposed exercise duty do not comply with principle of taxation, fairness, certainty, convenience and efficiency and called on government to step it down.

Nnamani, who was represented by ATCON Executive Secretary, Mr Ajibola Olude said Federal Government has continued to turn blind eye on the issue of foreign exchange and other myriads of challenges facing telecom operators in Nigeria, warning that such move if implemented would further kill more smaller companies and  aggravate the sufferings of the masses.

He added that the telecom industry is bleeding yet the federal government want to exacerbate the plight of operators with additional taxation.
He further appealed that the implementation of the exercise duty should be step down because many youths in Nigeria will lose their jobs.

He advised that the government should channel it efforts to developing other sectors that have potentials for revenue generation..

In the same vein, the President National Association of Telecoms Subscribers (NATCOMS), Chief Deolu Ogunbajo frowned at the government’s proposed plan and cautioned that such move would  make life more miserable to the consumers.

He specifically pleaded that the President  and Minister of Finance to  temper justice with mercy by stepping the policy down, considering the level of poverty and hardship in the country, insisting that  government’s action is insensitivity and ill-timed.

“It is unfortunate that 5% per cent exercise duty is coming again together with other 38 taxes.
He said, other countries in Africa paying 5% tax on telecommunications services do not have 39 others taxes.

“This is insensitivity, and irresponsible.  Government should not kill the telecom industry”.
Meanwhile, the affected telecommunications services include all services that required license from NCC. It is talk time, Short message services (SMS), call-back services, call facilitation through VoIP and international call gateway.

In the same light, the National Disability Empowerment Forum, NADEF represented by Dr. Christopher Nwanoro, described the policy as adding sorrow to injury. He said  the people with disability will be worst hit  if the policy is allowed to see the light of the day and called for concession if the government insist on implementing the duty collection policy.

It will be recalled  that President Muhammadu Buhari had on 31 December, 2020, signed the Finance Bill 2020 into law (now Finance Act 2020) which introduced amendments to 14 tax and fiscal legislations in Nigeria.

According to the Act, telecommunications service providers in Nigeria shall be made to exercise duty fixed at 5% and the duty is collectable by the Nigerian Customs Service.