Why #Babaijesha Should be Treated Behind Bars! 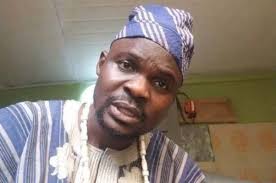 This is to air my opinion on why Baba ijesha shouldnt just be thrown and forgotten in jail just for him to be punished for the crime committed.

People who commit such crime only need help, if given a chance to have acces to it. And the help can only be found with clinical psychologists, therapists, and counselors etc.

I know a lot feminists are rejoicing at his downfall as well as the verdicts that was dished out to him yesterday but what do we gain if he becomes more damaged while he serves his jail terms?

He is an entertainer who is good at his craft and makes a lot of his fans happy yet he’s isn’t perfect just like you and I. Everyone has got an archilles heel. No human is without weakness!

Yes, he probably might have sexually assaulted the underage girl no one was there. Even with all the evidences he never really owned up that he’s guilty of the allegations. He kept denying them. And yes, he may also love to have with it younger girls which many of us called pedophilia.

However, if you ask any psychologist the solution to pedophilia they will tell you the only solution isn’t by incarcerating the patient but by placing him on proper treatments that would correct the anomalies in his system.

But the problem with African society is we often fail to pay attention to these details that not every criminal should be dumped inside prison just because of the weight of their offense.

Rather while they serve the punishment behind bars, treatments should also be given to these people so that they can become better person and be useful to themselves and the society at large.

May Nigeria not happen to us!