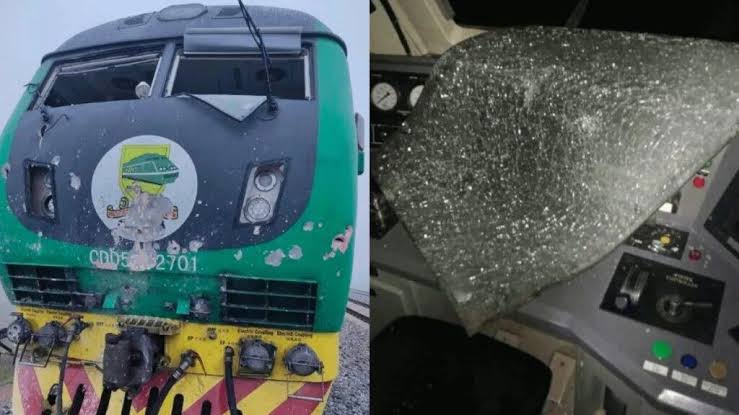 The Federal Government has begun talks with terrorists who killed nine passengers and abducted about 70 others during an attack on Abuja-Kaduna train.

Relatives of the kidnapped victims disclosed this on Friday.

They however asked the government to hasten negotiation with the terrorists and shelve the idea of resuming the train services while their loved ones remain in captivity.

The families, who addressed a press conference in Kaduna on Friday, lambasted the Minister of Transportation, Rotimi Amaechi for declaring his presidential ambition few days after the train attack.

They described the Amaechi’s declaration as most uncharitable, saying he ought to have resigned rather than celebrating as the train attack happened under his nose.

Leader of the kidnapped victims’ relatives, Dr. Abdulfatai Jimoh, who addressed journalists on behalf of others, stated after the expiration of the 72-hour-ultimatum handed down to the Federal Government

“we are happy that the government has started discussing with the abductors of our relatives.”

However, he appealed to the government to speed up negotiation for release of their loved ones from the bandits unhurt.

Jimoh, who said it has not been easy for the families since the attack, also warned the NRC against the proposed resumption of train services without first rescuing the kidnapped victims.

He said: “It is true that we gave the Federal Government 72 hour ultimatum which expired yesterday (Thursday) midnight.

“We are grateful to God that before the expiration of the 72 hours, we heard from the Federal Government after the Federal Executive Council meeting on Wednesday through the Minister of Information that the government is already on top of the situation with what has happened.

“We acknowledged it and we appreciate it. But what we want to add is that the government should speed up the process of discussion with them (bandits) so that they can come out to release our people soonest. This is our appeal now.”

He added: “The NRC should not be talking about reopening their services now when our people are in captive because what is the assurance that if they start services now that people that will be board the train are safe.

“What measure(s) have they put in place to guaranteed the security of those that are going to patronise their services. We don’t want the reoccurrence of this.

“The first thing should be to get the captives out and then they can put adequate measures in place and resume service so that this does not happen again in future.”