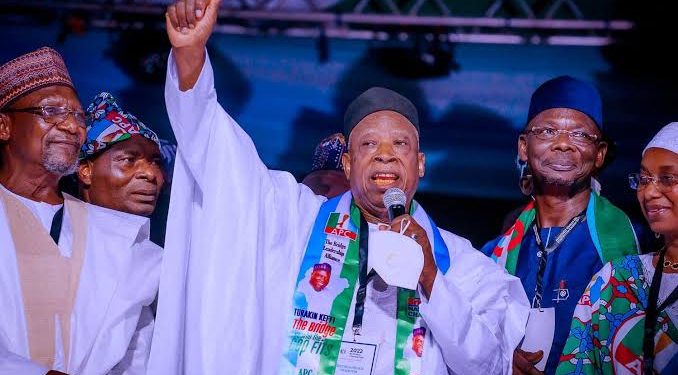 He sent in his resignation letter following his election as the National Chairman of the ruling All Progressives Congress (APC) on March 26.

The letter was read by the Senate President, Dr Ahmad Ibrahim Lawan on Tuesday during the plenary on Tuesday.

Until his resignation, Senator Abdullahi Adamu was a two-term governor of Nasarawa State and a third term Senator in the Senate.

With the exit of Senator Adamu, the Independent National Electoral Commission (INEC) was expected to conduct a by-election within a statutory period of three months for a replacement.

Adamu and Kyari, in separate letters read by Senate President Ahmad Lawan on the floor, said their action became necessary following their emergence as National Chairman and Deputy National Chairman (North) of the APC respectively.