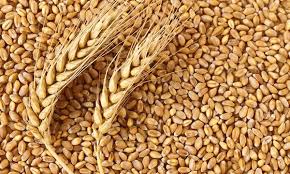 China has relaxed restrictions on imports of Russian wheat, a move that could address food security concerns in the world’s second largest economy and ease the impact of Western sanctions on Russia.

The decision to allow imports of wheat from all regions of Russia was made during Russian President Vladimir Putin’s visit to Beijing earlier this month, but the details were only announced by China’s customs administration this week.

Russia is the world’s top producer of wheat. Previously, China had restricted wheat imports from Russia due to concerns about the presence of dwarf bunt fungus — a disease that can cause severe loss of yield for wheat and other crops — in some parts of the country.

China has refused to condemn Russia’s attack on Ukraine, instead repeating calls for parties to “exercise restraint” and accusing the United States of “fueling fire” in the region

The agreement is the latest in a series of deals between Russia and China, and according to experts, it helps both nations.

It helps Beijing secure food supplies at a time when global food prices are already near 10-year highs. Wheat futures jumped by about 5% on the Chicago Board of Trade on Thursday after Russia attacked Ukraine, as the two countries account for about a third of global supply. Futures pulled back a little on Friday, but are still up 12% this week.

Food security is a key priority for Chinese President Xi Jinping, who has called for increasing agricultural production and diversifying imports.
The agreement also provides Russia with a secure buyer at a time when exports to other countries might be complicated by financial sanctions or other disruption.

“Uncertainty around potential sanctions is beginning to create a potential supply shock,” analysts from Goldman Sachs wrote Thursday in a research report.

“In our view, until the uncertainty around the rapidly escalating situation is resolved, commodity price risk remains skewed to the upside, with further escalation likely to send European natural gas, wheat, corn and oil prices higher from already-elevated levels,” they said.

China will likely be “the benefactor” of Russian commodities as other countries pare back on Russian imports, they added.
The analysts expect Russian commodities and raw materials to be “redirected to China” if the demand from the rest of the world drops significantly on further escalation of geopolitical tensions.

China’s decision has not gone down well with other countries.
On Friday, Australian Prime Minister Morrison slammed China over its “lack of a strong response.”

“At a time when the world was seeking to put additional sanctions on Russia, they have eased restrictions on the trade of Russian wheat into China…and that is simply unacceptable,” he said at a press conference.