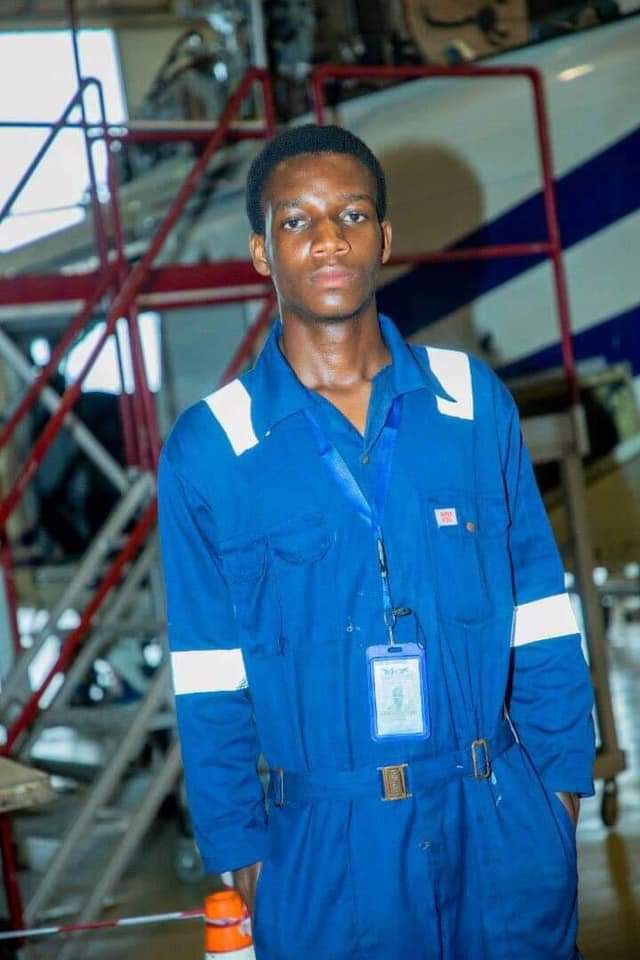 A young Nigerian aviator and philanthropist, Isaac Balami is said to be lifting young Nigerians out of hopelessness and giving them a better life.

So far, about five young Nigerians who hitherto were on the streets doing menial jobs such as iron bending, roadside printing and janitor, are now being trained as aviation engineers and technicians due to the timely intervention of Balami.

Balami, the former President of the National Association of Aircraft Pilots and Engineers (NAAPE), who was once a cesspool evacuator and local painter has vowed to keep lifting young and helpless Nigerian youth to become better people.

He has also sent some of these young Nigerians on some top aviation courses and in a few years time, they stand a chance to earn in foreign currencies.

Meanwhile, a recent Facebook post shared by a member of staff, Mckson Isani, described Balami as the transformative leader who never forgets his past and would always ensure young Nigerians become better versions of themselves.

In the post, Isani narrated how he joined 7 Star Global, revealing Balami’s deep commitment to the upliftment of others, especially young people, while also urging leaders to follow his examples by leaving legacies in the lives of others.

The post read, “Meet my boss, Engineer Isaac Balami; the CEO/MD, 7 Star Global. Today is not his birthday, so I am pretty sure he’ll be surprised that I am writing about him. But it is important that I do so since we can’t always wait till birthdays to celebrate those who are working tirelessly everyday to improve the lives of others.

“More than one year ago I joined the company. Over this period, I have been close enough to him to notice his deep commitment to the upliftment of others, especially young people. It is no news that he is involved in a lot of philanthropic efforts, notably the Isaac Balami Foundation, through which he has trained hundreds of children through primary and secondary schools. But that is not what this writing is about.

“Since I joined 7 Star Global, I have heard him speak passionately on a few occasions about how he intends to run a company where a young person who is employed as a janitor can rise to become a chief engineer. Although he has said this a couple of times, I believe there are those who doubted him, especially since we live in a country where political and business leaders have a penchant for overpromising and underperforming.

“At the start of the new year, I noticed that the janitorial department had a completely new set of faces. On probing the whereabouts of the familiar faces, I learned that they had all been deployed to other departments to receive training in various technical roles. Some as aircraft technicians, others as wheels and brakes technicians, technical records professionals, aircraft maintenance planners, etc.

“I believe this is an example for other companies to emulate. Also, the message to leaders is that the best place to leave a legacy is in the lives of others.

“Thank you, Chief Isaac Balami; I’m really delighted to be under your direct mentorship. God bless you, Sir”, the post ended.