The Menace of Godfatherism in the Nigerian politics 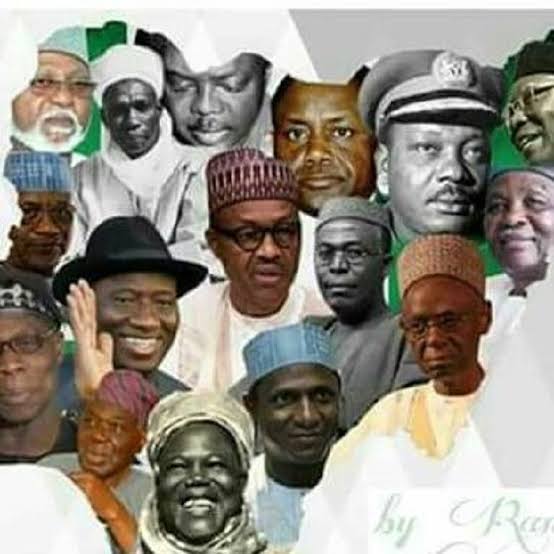 In Nigerian politics, needless to emphasize that for you to achieve some level of recognition and occupy some juicy political positions you must have a godfather. Just like the role of “The Godfather” is undeniably a crucial one in the mafia empire in the western world so also there’s undeniably a crucial role a godfather plays in the survival and ascension to the throne of his political protege in politics in Nigeria.

A picture surfaced on the internet some days ago and it has been driving everyone crazy. A commissioner of land and water resources of Akwa Ibom state, Mr. Umo Eno a man in his 50s or even 60s was kneeling down before Gov. Udom Emmanuel of Akwa Ibom state who according to report just anointed the former as his successor to the governorship throne. That picture of a 60 years old man (in the voice of Asari Dokubo) kneeling down before his mate or even his younger person who just happened to have occupied a higher position is a replica of how Nigerian politics plays out.

Politicians kneeling down, prostrating and bowing down in worship of other politicians who they deem as gods is not new in the Nigerian political atmosphere; remember sometime last year when another picture surfaced online where a political figure in Delta state, a 61 years old Nigerian top tier senator, Mr. Manager, the senator representing the Delta South Senatorial District was also pictured on his kneels, begging the former Governor of Delta state, Mr. James Ibori to push his 2023 governorship ambition.

It is now a tradition. Some call it humility but we all know better, it can be anything but humility; it actually looks stupid, and clearly an act of desperation, it’s concept is pointing to how much decadence the Nigerian politics have suffered, it shows in clear terms that you can’t occupy a juicy political position in Nigeria based on your credibility and merit but based on favoritism as you must be ready to kneel before, worship, bow down and adore some political majesties who will place you in their pockets and control you within their whims and caprices.

The western Nigeria is the pace setter when it comes to godfatherism politics. Just like the Godfather is the overall boss in the mafia family that other lords pay homage to him, Tinubu is the overall governor, overall senator and overall political figure in that region that other governors, senators, house of representative members and other political occupiers worship him and take instructions from him. If you dare to do otherwise and fail to follow his instructions you will be treated like an insubordinate and such act of insubordination is punished by making sure you don’t ever return to the political position you were occupying before your frolicked or ever win election again unless you have grown some huge wings to help you flourish independent of your political godfather.

This was the case of the former Governor of Lagos state, Mr Akinwunmi Ambode; based on his track records and achievements in the state, he was to return for the second term, he deserved it, but due to his insubordination to Tinubu, “the Lagos mafia God father”, he was denied the second term ticket. It has been the tradition and you can’t help it. If you try to do otherwise the mafia gang will come after you and make sure you don’t ever get close to any political seat, ever again and make you lose your political popularity for daring to be insubordinate to “the Godfather”.

Adams Oshiomole was to try out this system in Edo state but it failed woefully as the opposition was able to introduce and sell a propaganda to fight the grip of Adams in Edo state. They introduced and sold the “Edo nor be Lagos” slogan. Which was a political propaganda sponsored by the opposition to fight the Adams Oshiomole system and structure and extol Godwin Obaseki.

Obaseki was clearly a political stooge of Oshiomole but due to unresolved differences, the two fell off, Oshiomole tried to play the Tinubu/Ambode card on Obaseki, but Obaseki unlike Ambode decamped and fled the party and joined the opposition party and he was able to stand his ground and fight for his return ticket. He won and he made Oshiomole lose his popularity in Edo state, a state that was under his whims and caprices but he didn’t fully grasp the state like the Tinubu of Lagos state.

This godfatherism political system has never had a known or recorded success in the history of eastern Nigeria’s political arena. Maybe the Igbos right from the time of colonial rules hate to be controlled or answer “yes sir yes sir” to anybody; little wonder the colonial indirect rule system failed woefully in that region. An Igbo man will always tell you “anyi cha bu cha Oga”, meaning, everybody is his own boss. There is no state in eastern Nigeria where a Governor or past Governor will boldly boast to be the Tinubu of that state.

Martin Elechi of Ebonyi state tried it when he was about to leave the governor’s seat with his Labour Party but his deputy, the current governor of the state whom Elechi never endorsed to be the next governor made sure Martin Elechi is retired out of politics back to his farm land in Ikwo. Rochas Okorocha also tried to play the Tinubu game in Imo state when he wanted to place his son in-law in the governorship seat but it failed woefully, Rochas is still getting some heavy blows because this is his failed game till today. The list goes on, even in Rivers state, Riverians told Amechi categorically that he can’t play the Tinubu Godfatherism game in Rivers state and Wike was/is really a worthy match.

If you want to shove The Godfather factor in Nigerian politics under the carpet, especially in the western Nigerian and feign surprises when we see pictures of a figure kneeling and bowing before a higher figure then we are not ready for the discussion of emancipation and freedom from the menace.

It is abysmally bad that if you want to go into the political arena and throw in your interest, the question folks will ask you after asking you how much you are ready to throw around and buy supports is “who’s your godfather”, who’s backing you, just like the street guys will size you up by asking you “who’s your daddy”, meaning who’s your support system; if you don’t have a political figure as your godfather then you are likely to fail than to succeed in the Nigerian political sphere.

Stanley Alieke, Esq. is a Legal Practitioner Biased in Abuja. He can be reached infoitooknow@gmail.com