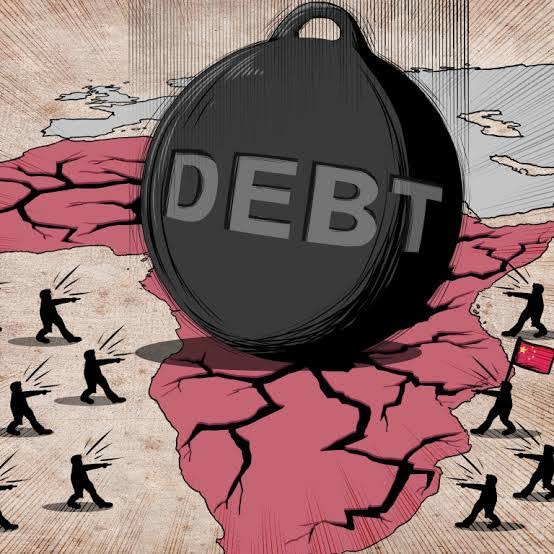 August&Co, a global research and credit rating institution, estimates that Nigeria will incur N4.7 trillion on debt servicing this year.

The amount is 94 per cent of its N5 trillion revenue projection for the country. The projection is 18 percentage points above last year’s 76 per cent debt-to-revenue ratio.

The new projection is contained in the agency’s Nigeria in 2022 Report. It described the revenue projection as an “aggressive estimate”.

The projection says the Federal Government will borrow an estimated N8 trillion to fund its budget as against N6.39 trillion captured by the signed appropriation law.

“This means the FGN (Federal Government of Nigeria) will need to borrow about N8 trillion in order to finance aggregate spending of N13 trillion. We estimate that the FGN will borrow about $5 billion in foreign currency (FCY) in 2022 (N2.1 trillion) and the rest will be local currency (LCY) borrowings. This will increase FCY borrowings to about $44 billion and LCY borrowings to about ₦43 trillion,” says the report.

The report puts the national capital project spending in the year at 1.6 per cent of the gross domestic product (GDP). It splits the total amount – N3.1 trillion – to 2.1 trillion (FG) and N1 trillion (states).

It adds: “We estimate that the cash from all these sources will add up to about N13 trillion in 2022 compared to FGN’s planned spending of N17 trillion. FGN spending, as in prior years, will be constrained by the total amount of cash it can muster from these sources. Therefore, the FGN will meet most of her obligatory spending (interest on her loans, statutory transfers and payroll and pensions) amounting to about N10 trillion leaving a balance of about N3 trillion.

On the external sector, the agency doubts the Central Bank of Nigeria (CBN) will allow significant depreciation of the naira in an election year. With a “parallel market premium of around 40 per cent”, it is bearish on the outlook of the country’s capital importation.

“At a production rate of 1.8mbpd and an average price of US$75 per barrel, oil and gas export revenues will be around $50 billion in 2022 compared to $43 billion in 2021. It is unlikely that the CBN will change its exchange rate management strategy in 2022, therefore a parallel market premium of around 40 per cent on the official exchange rate will continue to exist. This means that foreign investors will be wary of bringing in new money at the official rate therefore net foreign investment will not be a sizable source of dollar inflow into Nigeria in 2022.”

It estimates the GDP growth of the country at three to four per cent. This, it says, will be “driven largely by the services, manufacturing delivers ROE (return on earnings) that is above average inflation of about 15 per cent in 2022.

“Financial services businesses will struggle to meet this hurdle rate largely due to negative regulations and a higher effective tax rate. Weak performance by quoted companies and the apathy of foreign investors towards the Nigerian stock market means another lackluster year on the NGX.

“Population growth of 2.5 per cent will eat the bulk of the real GDP growth of three per cent-four per cent we have projected. This means that real GDP per person will still be below the ₦383,000 for 2015. The real wages of employees who work for the key businesses in the real sector will continue to fall. Unemployment will continue to rise as school leavers join an economy that is weak at creating jobs.”