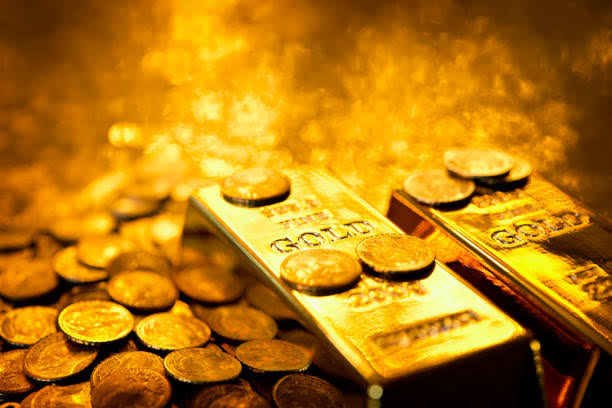 With the rise of digital Tokenization taking centre stage, the Federal Government of Nigeria recently introduced a portfolio of digital tokens as replacement for the aging National Identification Number slip and cards made of polycarbonate. Isa Pantami, the Minister of Communications and Digital Economy, expressed this new policy direction at a stakeholders workshop on the NIN Tokenization Solution organised by National Identity Management Commission (NIMC) in Abuja.

The adopted of this solution is to ensure the privacy of personal identifiable information of individuals during such exercises as verification and also transactions are achieved with reduced incidences of illegal retrieval, usage, transfer, and storage of the NIN. The Director-General of Nigeria’s NIMC, Aliyu Abubakar, who represented the Minister explained that the full implementation begins 1st, January 2022.

The tokenization solution according to the Minister was customised to protect personal identifiable information and to protect the sanctity as well as sensitivity of the NIN issued by NIMC to registered individuals. Further to the above he emphasised that “One of the benefits of the virtual NIN is to ensure that no third party may carries out any verification, hiding behind a proxy and without the knowledge of the NIMC, which is the Custodian of identity management in Africa’s largest economy.

The features of a generated Token or Virtual NIN are that it is unintelligent, completely random with no correlation to the pre-existing NIN and using a quantum computer it cannot be reverse engineered. The bottom line is that the NIN holder is the beneficiary of the exclusivity of the NIN which cannot be delegated. The NIN tokens catered to anonymity, with the attachment of the UserID of the verifier to every verification request, this ensures that without the NIN, there is no verification.

The Ministry and NIMC have re-emphasised the need for every Nigerian to have a digital identity, irrespective of social class or economic status, as well as improve its access to all and whilst ensuring the continuous protection of privacy and data of our citizens and other enrollees. Lending his voice to the sensitisation of the new digital policy of identification the Technical Consultant of NIMC, Tunji Durodola, said the Digital Token was designed to replace the 11-digit NIN for secure and unhindered everyday usage. The pre-requisite of tokenization needed are a NIN issued by NIMC, as well as a mobile number registered in Nigeria and linked to your NIN.

It is no surprise that the revolution of Tokenization has started off with Gold amongst other asset forms and classes. Gold is a traditional safe haven in an ever evolving financial world. With the avant-garde emergence of the blockchain-based version, Gold is further gaining more tokenised momentum of ownership. There are financial institutions developing tokenized asset custody solutions and one of those is First Digital Trust, a Hong Kong-based firm whose COO, Gunnar Jaerv has underscored the importance and uniqueness of their financial offerings.

With Nigeria as well as other countries in the last couple of years towing the path of revolutionised financial instruments enabled digitally, the regulators in several countries are not left out, as they have also started to embrace digital assets tokenization. This new normal is now a fundamental method of declaring ownership rights to an asset in digital form. This revolution is opening new market opportunities unfathomed in the past as well as a system for new identity management solutions, investment gains and ostensibly new streams of capital flow for businesses and markets globally.

It is estimated that more than $544 trillion worth of assets could become tokenized in the near future. Without mincing words, progressive and economically innovative nations with frontier minded regulators will be the first to access its potentials and this is where Africa’s own financial systems could lag to the detriment of new wealth creation paradigms. The rise in adoption of digital currencies, e-commerce and other neo-globalised financial mechanisms have recently driven an uptick of financial regulators and institutions to oversee the development of digital asset adoption infrastructure(s) that are further signposting the advancement of new fund management channels.

The Swiss Financial Market Supervisory Authority (FINMA), in May 2020 declared customers can now legally carry out digital asset transactions, just as was announced by France’s Societe Generale, which is testing tokenized bonds that are settled in digital euros by the central bank of France. In keeping with the rise of tokenization and in line with the African continent’s regulators quest to expand not just their own intra-African trade balances and GDP growth, using the Africa Continental Free Trade Agreement (AfCFTA) already signed by 54 African countries, it would not be far-fetched to see the ECOWAS’ proposed ECO currency which has met infiltrational stumbling blocks by Western forces as France from achieving it’s digital avatarization so as to drive a new financial enablement for Africa’s over 1.4 billion population and it’s $2.6 trillion sized market.

In Asia, Hong Kong’s Inland Revenue Department has begun providing the much needed guidance for taxpayers to correctly adopt invest in these new forms of digital assets. The institutional adoption of tokenized assets in 2021 has grown inevitably, and in 2022 just like other newly introduced assets, they will need further ease of usage to untangle the taxation processes, enable better security protocols and regulatory frameworks across board for investors to make the most of them legally, safely and more widely. To say that tokenization of assets has started from Gold and other precious metals to real estate to the art sector, says a lot about how tokenization is revolutionizing a wide range of industries in not before imagined ways.

Africa is immensely rich in natural resources which range from arable land, water, oil, natural gas, minerals, forests and wildlife. The continent holds a huge proportion of the world’s natural resources, both renewables and non-renewables. The largest reserves of cobalt, diamonds, platinum and uranium in the world are in Africa. In furtherance to the above about 30% of all global mineral reserves are found in Africa. The continent’s proven oil reserves constitute 8% of the world’s stock and those of natural gas amount to 7%. Minerals account for an average of 70% of total African exports and about 28% of gross domestic product.

Picturing from the above one of the most popular forms of tokenization is precious metals, and in particular Gold, which has long been a very trusted store of value for investors, particularly given the volatility of fiat currencies experienced over time in history. With the growing status quo of tokenizing assets like gold (and other minerals) on the blockchain, all global citizens are guaranteed the digital rights to your hard earned investments. The immense benefits of tokenized gold on the blockchain are numerous.

In the first instance, when investors buy in, they are purchasing the rights to real physical gold stored in secure vaults as is currently being examplefied by innovative organisations as the Vishab Group headquartered in Spain amongst others across the developed markets in the West. This investment pathway elimiinates issues of storage, transportation as it also eradicates the unnecessary bureaucratque bottlenecks and untrusted third parties especially given the rise of scammers.

With the tokenization of Gold the asset is immutable and instantly accessible on a distributed ledger, this means the Gold can be kept cheaper, it can be traded, left static and/or collateralized. In conventional gold transactions, the purchases have an added premium of up to 25%-30% when sold through retailer channels. On the tokenized gold platform any buyer is able to access it closest to its spot market price. And in the event of breaking up a traditional gold bar into smaller sales, the price immediately drops in value such that you cannot any longer sell it in its bulk form to certain institutions or buyers.

In the context of the real estate industry, tokenized acquisition means a buyer can now be part of a luxury of investment in property by purchasing fractional or fractal ownership of a large asset, which reassigns an opening of opportunities for wealth (redistribution) to as many investors. Its on record that in 2018, Hong Kong was the most expensive city for property investment, with the average price for a home coasting around $1.2 million. At this price, the population that can enter the housing market is extremely limited. Real estate in its digitized form is not a total new paradigm in itself, given it already exists in the form of digital titles across various countries the world over.

In a world which is in constant pursuit of financial evolution to address further inclusion and democratize wealth redistribution, tokenization is an innovative process in which real-world assets get signified by digital tokens existing on a blockchain network, the moment a tokenization process is undertaken, the tokens essentially become digital stocks and valuable units of wealth with irrefutable proof of ownership.

Furthermore, Non-fungible tokens, or NFTs, are pieces of digital content linked to the blockchain, the digital database underpinning cryptocurrencies such as bitcoin and ethereum amongst other digital stores of value of this type. Unlike NFTs, those assets are fungible, meaning they can be replaced or exchanged with another identical one of the same value, much like a dollar bill, the Euro, Yuan or the Naira and even with ECO currency when if finally berths.

Conclusively, Africa needs to tow this important paradigm of financial revolution in order to unlock the untapped and redundant opportunities within the context of the AfCFTA status the sum of its parts have signed up to drive increased sustainable growth and inter-trade relations. As of the end of FY July 2020, 26 of the 55 African countries have updated their official trade data to reflect 2019 trade figures. Intra-Africa trade for 2019 thus far was valued at about US$69 billion, which is 5 per cent less than in 2018, using data from 35 of the 55 African countries.

All hitches and red tape that disenable the tokenization of vast asset channels, classes and platforms need to be deconstructed so that Africa’s pursuit of the SDGs can better be financially and infrastructurally achieved and entrenched for unrivaled wealth creation of the black continent and for the benefit of its competitive advantage. In a contemporary world of financial and resources neo-tokenizism, Africa Global Enterprise (AGE) International, Heureka Ent. Limited and their subsidiaries are some of the players on the Africa continent who albeit apply secure, satisfactory and traditional delivery to their vast global clients who buy Gold, Diamonds, Oil & Gas and other industrial mineral(s) from them. These firms are gradually tailoring their innovative paths of service delivery to also provide new value for its clientele in a more digitally secure and trusted form.