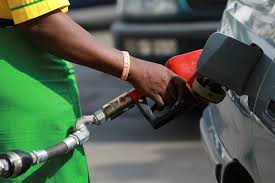 The World Bank has stated that Nigeria spends $4.5 billion on fuel subsidy, indicative of 2% of GDP or 35% of oil and gas revenue.

This was disclosed by the World Bank  in the November 2021 edition of its Nigeria Development Update tagged “Time for Business Unusual”.

According to the World Bank, benefits of the PMS subsidy overwhelmingly accrue to wealthier households, and a large share is captured by smugglers and black marketeers. Households in the bottom 40% of the income distribution account for less than 3% of all gasoline purchases.

Nigeria’s PMS subsidy imposes a massive and unsustainable fiscal burden. The cost of the PMS subsidy in 2020 rose from just 4 percent of the oil and gas revenues that are first transferred to the NNPC (US$0.3 billion) to a staggering 35% in 2021 (US$4.5 billion or roughly 2 percent of GDP).

Despite the decline in production, oil and gas revenues collected by the NNPC in the first nine months of 2021 alone are estimated to broadly match those collected in the entire year in 2020 because global oil prices rose by more than 50 percent between the two periods.

Rebounding oil prices also increased the cost of the PMS subsidy by raising the price of imported PMS from less than US$200 per ton in April 2020 to US$840 per ton by November 2021, causing net oil and gas revenues transferred to the Federation Account by the NNPC to plunge from N1.1 trillion to N0.5 trillion.

Recall that, last week, the Federal Government announced plans to discontinue the payment of petrol subsidy by the second half of 2022.

The Minister of Finance, Budget and National Planning, Zainab Ahmed, while speaking at a panel session during the ongoing 27th National Economic Summit, she said that for the second half of 2022, complete deregulation of the sector will take effect, saving foreign exchange and potentially earning more from the oil and gas industry.’

Meanwhile, Malam Mele Kyari, Group Managing Director and Chief Executive Officer of Nigerian National Petroleum Company Limited, added that the price of the product may range between N320 and N340 per litre after subsidy removal by 2022.Follow us on social media.