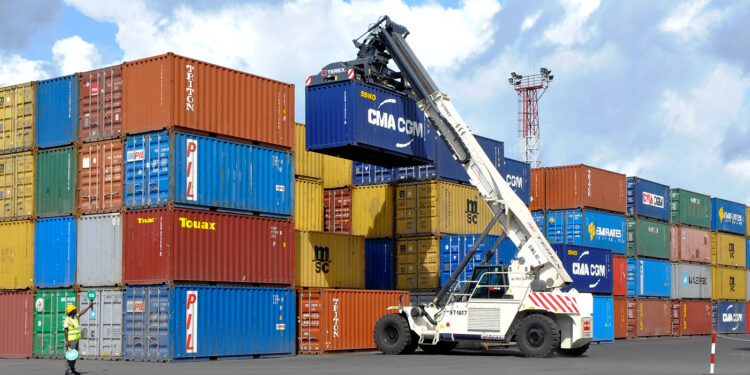 The Nigerian Railway Corporation (NRC) has resumed movement of cargoes in containers to Kano and Kaduna Inland Dry Port.

The Managing Director of Inland Containers Nigeria Limited (ICNL), Ismail Yusuf confirmed the resumption to journalists in Lagos. He said about 40 containers have been moved in the first instance.

He also said an additional 40 empty containers have been returned through same mode to Lagos from the Kano and Kaduna Dry Port, which is a subsidiary company of ICNL.

Yusuf added that the movement by rail will contribute to cost reduction, time saving and further ensure safety of the consignments being moved by rail.

According to him, it will now cost half of what is presently spent on road haulage to move containers by rail.

He added that ICNL is still in talks with NRC to deploy additional coaches to the ports operation because his company has cargoes on ground to be moved.

“As you know that Federal Government is encouraging the Nigerian Railway Corporation to ensure movement of cargo from the sea port to the hinterland and this is very critical to our Kano bonded terminal and Kaduna Inland Dry Port, which is our subsidiary company

“The management of ICNL and Kaduna Dry Port has led the management of the railway corporation to discuss the modalities of how they can come back to life. We thank God that our request has been acceded to and this is the outcome of our discussion.

“Presently, they have supplied us with two rails for the last two weeks. We have moved about 40 containers, and this will continue every fortnight until we attain maximum capacity.

“The number of containers being moved also depends on availability of locomotives, and as long as we have enough cargo to load. We have started from somewhere: from one to two rails, and from there we can increase it to four or five rails.

“We are talking with NRC on how we can increase the capacity to meet the yearnings of customers who want to use the services of the rail corporation. Time spent on the movement is a minimum of 48 hours and maximum of 72,” Yusuf said.

Recall that the NRC halted movement of containers by rail from Apapa ports last year for rehabilitation of the railway tracks.

The Lagos Railway District Manager, Jerry Oche, had said the suspension of the rail service is to pave way for the resumption of laying of tracks on the ongoing standard gauge rail project.