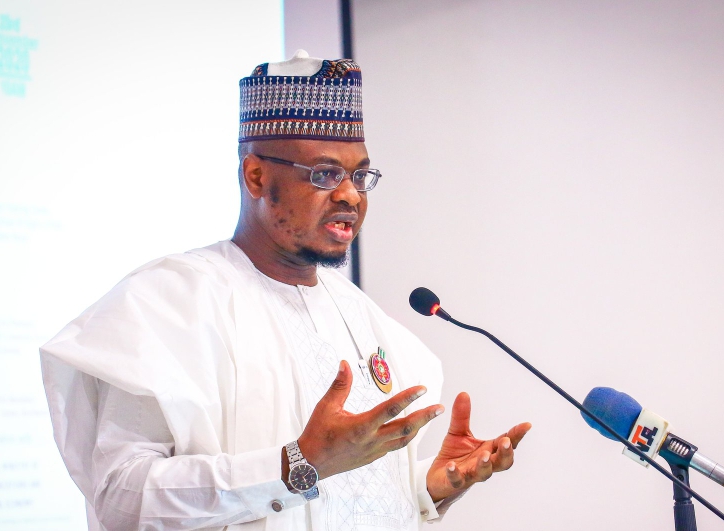 The Federal Government has announced that the Five Generation (5G) network will be rolled out in Nigeria in January 2022 and will help in the surveillance against vandalism of public assets.

This is coming a few weeks after the Federal Executive Council (FEC) approved the national policy on 5G network for Nigeria’s digital economy with various benefits expected to accrue from employing such network including increased connectivity.

This was disclosed by the Minister of Communications and Digital Economy, Isa Pantami, on Thursday in Maiduguri at a Town Hall Meeting organized by the Federal Ministry of Information and Culture to address vandalism of power and telecommunications infrastructure.

Pantami, who was represented by Mr Ubale Maska, Commissioner for Technical Services, Nigeria Communication Commission, said while the technology would boost surveillance against criminal elements vandalising public infrastructure across the country, other measures should be put in place to arrest them and bring them to book.

The minister noted that the deployment of modern technology will make the management of the over 50,000 telecommunication sites across the country which has been difficult to manually man.

He also disclosed that there were about 16,000 reported outages by mobile network operators like MTN, Globacom, Airtel and 9Mobile between January 2021 and July 2021.

He noted that the outages were caused by fiber cuts, access denial and theft leading to service disruption in the affected areas adding that the protection of the critical infrastructural facility was key to the nation’s security, economic vitality, public health and safety.

He decried the situation where telecoms installations that were destroyed in the attacks by terrorists, had not been replaced as a result of the lingering insecurity and tensions in parts of the North East.

It can be recalled that there have been concerns about the deployment of the 5G communications network especially over its purported association with the Covid-19 outbreak.

On May 19, 2021, the Senate asked the Federal Government to suspend plans to deploy the 5G network pending a 6-month investigation into possible health risks associated with the technology.

Earlier in August 2021, Pantami explained that the work on the national policy on 5G stands was 95% done and will be presented to the federal executive council (FEC) for approval.

Several countries which have already commenced the deployment of 5G and are enjoying its benefits include the United States, United Kingdom, Republic of Korea, South Africa and Lesotho, who are currently operating on the network.

5G is the fifth generation technology standard for broadband cellular networks, which cellular phone companies began deploying worldwide in 2019, and is the planned successor to the 4G networks which provide connectivity to most current cellphones.