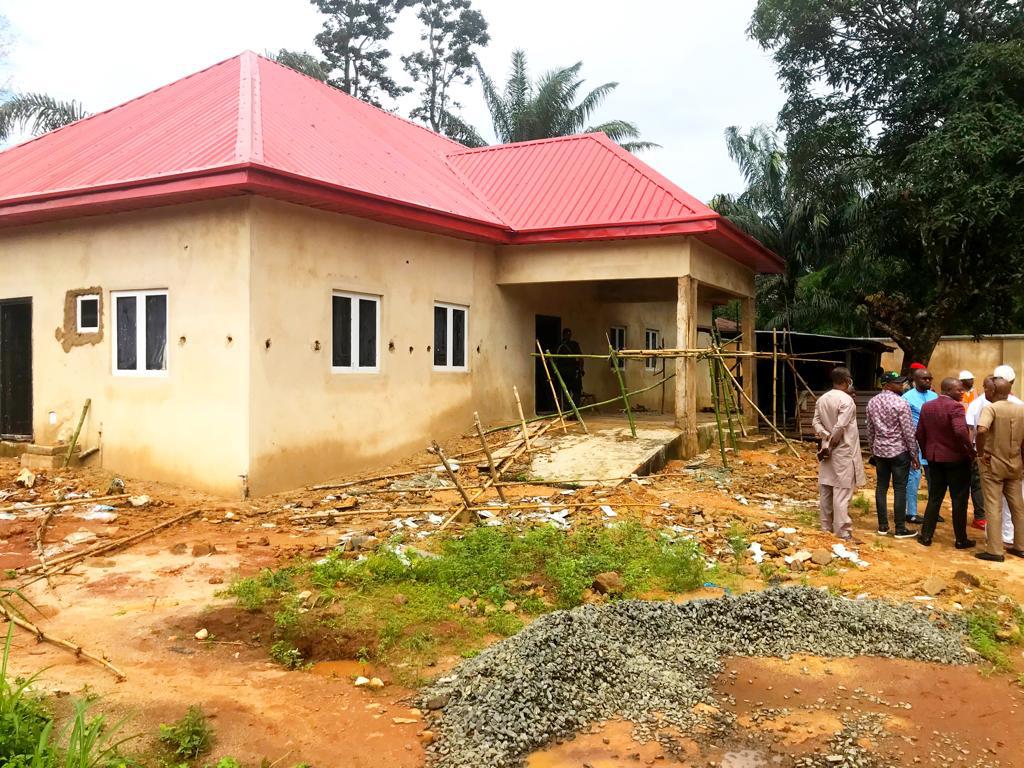 Current administration of Imo State under the excellent leadership of His Excellency Senator Hope Uzodinma has continued to exemplify numerous giant strides particularly in the areas of infrastructural development and other related projects in the state.

The administration has, in the last few months, demonstrated that the realization of the 3Rs Agenda is not only possible but would be delivered with speed.

This, regardless of the fact that, one of the major infrastructural deficits that confronted the 3R Government upon resumption of office centred on the Oil Producing Communities which had hitherto been neglected despite the huge revenue generated to the State (by way of 13% derivatives from Federation Account) by these communities.

These communities have suffered untoward hardship occasioned by the Oil exploration and pipeline housing which has adverse effects on agricultural endeavours and other ecological defects. The least these communities could get had been deprived of by those entrusted with the responsibility of ensuring delivery.

Frowned at this ugly paralysis, His Excellency the Distinguished Senator Hope Uzodimma embarked on a rejig of the Imo State Oil Producing Areas Development Commission (ISOPADEC) and effected reforms which saw change at the management level of the agency as well as the staff team, mostly those touting. The importance and urgency of this issue can never be overemphasised as the Governor, upon resumption of office, had a town hall meeting with the aggrieved communities wherein he reeled out his masterplan to reform the ISOPADEC for effective management of funds towards the development of the Oil Producing Communities of Imo State.

Fast-forward to the present day, the ISOPADEC under the Shared Prosperity administration of His Excellency the Distinguished Senator Hope Uzodimma, has embarked on various people-oriented projects across the Oil Producing Communities on Imo State. These projects which are over 38 in number, going on simultaneously, upon completion would uplift the face of educational infrastructure and healthcare facilities across the communities.

“These projects, which comes in phase, commenced with the first three Local Governments Areas of Ohaji/Egbema, Oguta and Oru-East. Considering population index and existing infrastructure, priority was placed on the selected communities after a multilevel engagement with representatives of all communities based on preference and the application of in-house due diligence on needs identification and assessment in the communities” According to the Imo State Developmental Report.

As mandated by His Excellency the Distinguished Senator Hope Uzodimma, these projects are expected to be completed within six months from date of award which implies that by December 2021, they all are expected to be ready for commissioning. The engagement of local Contractors in the execution of these projects is a pointer to the application of prudence in management of resources.

Once these have been completed and commissioned, approval would be gotten for the commencement of the phase which would involve another set of Local Government Area. The various leadership structures at the communities and the entire people of the community are enjoined to take ownership of these projects for they are meant to serve them.

With all these milestones recorded within a short space of time, it is expedient that the good people of Imo State continue to give the needed support to the Shared Prosperity administration of His Excellency the Distinguished Senator Hope Uzodimma as developmental projects are delivered to the people.