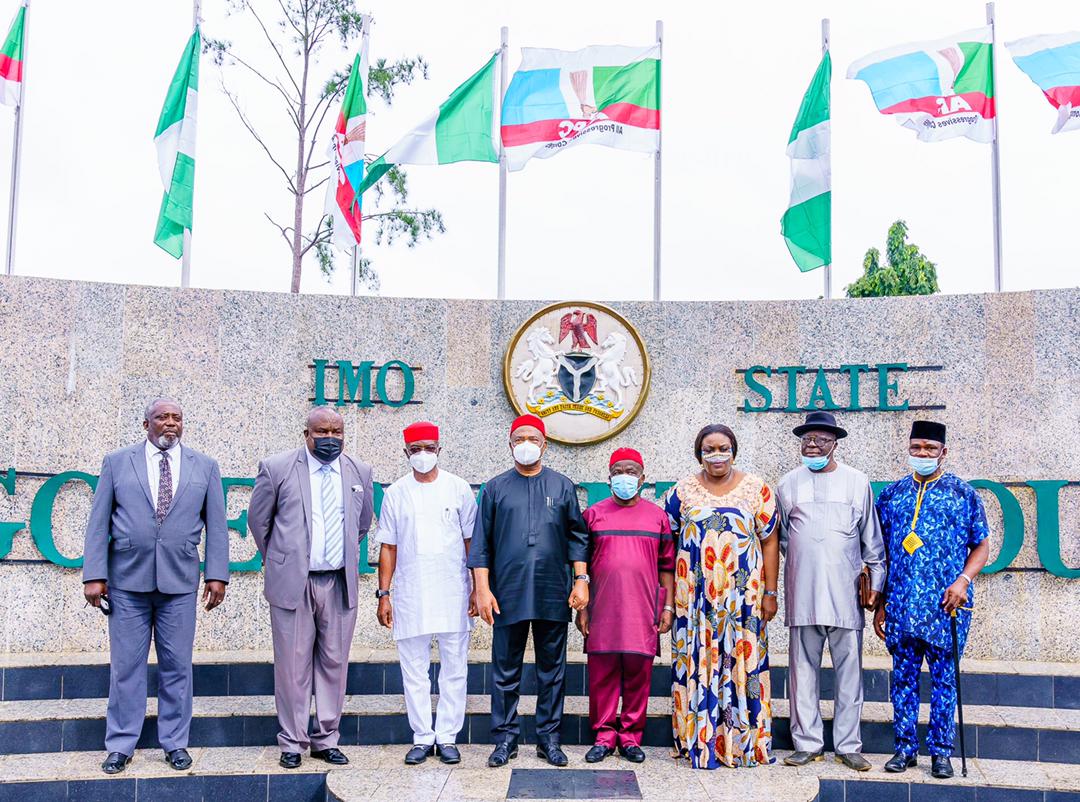 The Executive Governor of Imo State, His Excellency, Distinguished Senator Hope Uzodimma has inaugurated the Implementation Committee of the White Paper On Lands And Related Matters.

According to Governor Uzodimma “Your primary duties are to recover for Imo people all the assets gazetted in the White paper as set out in the recommendations of the Commission.”

The Governor stated that with the inauguration of the Committee, the three mantras of Reconstruction, Rehabilitation and Recovery have further been amplified as a compass for the conduct of Government business under his watch.

“The Whitepaper on lands and related matters is unambiguous – it is now an established legal fact that lands and properties belonging to both the Government and the people were illegally acquired or appropriated…This is so because all such illegal acquisitions were identified by the Judicial Commission of Inquiry… Government accepted these recommendations and thereabout issued a White paper”, Uzodimma stated.

On behalf of the Newly inaugurated Committee, the Committee Chairman, Prof. Ukachukwu Awuzie, commended the Governor for the rare privilege of a first of its kind assignment, pledged to give Imo people good satisfaction in service to them.

Members of the Implementation Committee are:-