FG may sever ties with #Indonesia Over Assault on Diplomat, Seeks Sanctions 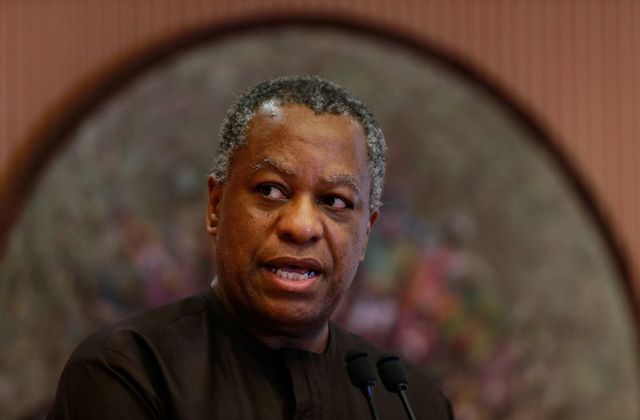 Following a viral video of Indonesian Immigration officials assaulting a Nigerian diplomat in Jakarta, yesterday, the Federal Government has announced the recall of its envoy, Usman Ogar.

In the video, the diplomat, who was apparently in pain while the unyielding Indonesian immigration officers pinned his head to the seat of a car, was heard shouting “I can’t breathe.”

Minister of Foreign Affairs, Geoffrey Onyeama, who announced Ogar’s recall for consultations at a press briefing in Abuja, on Tuesday, also stated that the government would review the bilateral relations between Nigeria and the Asian country.

A former Nigerian Ambassador to Mexico, Ogbole Amedu-Odeh, described the attack as a violation of the Vienna Convention, adding that it was too early to know the reciprocal action the FG would take.

He stated, “The (Foreign Affairs) minister has already come out firing from the hip; so, the Indonesians know they need to do the needful because what their officials have done against the Nigerian foreign service officer is antithetical to the letter and spirit of the Vienna Convention of Diplomatic and Consular Rules of 1961 which state expressly that the person of a diplomat is inviolable.

“For them to subject the diplomat to such act is against the letter and spirit of that convention which is essentially the bible of diplomacy. Nigeria is treading cautiously by calling for a marching intervention of the Indonesian authorities or else, Nigeria may be compelled to take measures.

“What measures? We do not know. The recall of our ambassador to Indonesia is a flowery way of registering our dissatisfaction with the way and manner the issue has been handled by Indonesia. Let us watch and see what would happen.”

Another retired diplomat and former Director of Trade and Investment, Federal Ministry of Foreign Affairs, Rasheed Akinkuolie, also faulted the assault on the diplomat, noting that the first step to take in this case was for Nigeria to protest strongly to Jakarta which had been done.

According to him, though it might be too hasty for Nigeria to break diplomatic relations with Jakarta, the FG needed to have all the facts and circumstances surrounding the incident before taking a hard-line posture against Indonesia.

Onyeama said when the ministry saw the video of the diplomat who was being restrained by Indonesian immigration officers in a moving car on social media, it immediately contacted the ambassador in Indonesia, who gave a verbal account of what transpired.

The minister added that the envoy confirmed that the video was indeed of a Nigerian diplomat in Indonesia, noting that the illegal action took place during a round-up by Indonesian immigration officials searching for irregular migrants in the country.

He said, “What we have decided to do is to recall for consultations immediately our Nigerian ambassador in Jakarta, in Indonesia, and we will have full consultations at the highest level and decide what next step to take, including a review, of course, of our relations with Indonesia.”

Onyeama stressed that the action of the immigration officers was a clear breach of the Vienna Convention, adding that it was “an act of egregious international delinquency.”

“The Nigerian government also requested that the Indonesian government take severe and appropriate sanction against the immigration officials that were involved in the act of brazen criminality,” he added.

Also, civil society organisations on Tuesday called on the Federal Government to ensure that actions were taken to address the attack on a Nigerian diplomat in Indonesia.