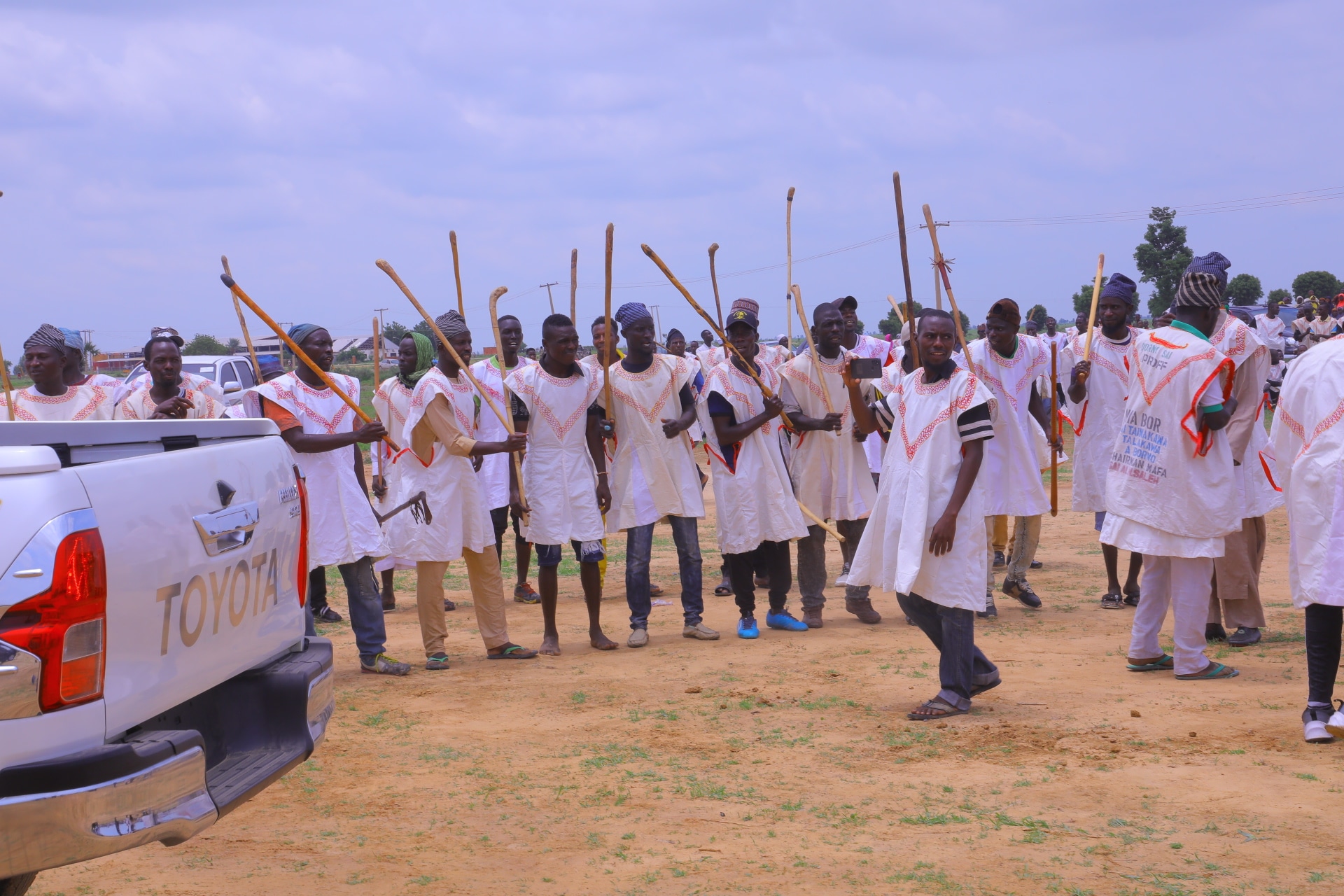 Borno State Governor, Babagana Umara Zulum on Thursday chaired the induction and empowerment of 1,000 hunters freshly engaged to join existing ones in the ongoing fight against Boko Haram.

The hunters are to provide dedicated protection to farmers who cultivate crops in outskirts of Jere, where over 70 farmers were killed in November 2020 as well as farms in parts of Maiduguri metropolis, Konduga and Mafa Local Government Areas.

Zulum has since 2019, engaged the services of thousands of hunters drawn from different parts of northern Nigeria, to join volunteers in the civilian JTF and vigilantes. The Governor also increased and automated monthly allowances of all volunteers, provided kits, surveillance tools and allocated hundreds of vehicles to units in all of Borno’s 27 local government areas.

Induction of the latest 1,000 addition of hunters was done at Gongulong ward, weeks after each of them completed security vetting by the DSS and the military. The event was attended by Secretary to Borno state Government, Usman Jidda Shuwa, head of service, Barr. Simon Malgwi, commissioners and other government officials.

“Our local hunters have become part of our success story because of their active involvement in trying to address the security challenges we have been facing in the state. This largely prompted us to engage in the recruitment of more hunters to assist our gallant military in their undeniable and commendable efforts to end the insurgency” Zulum said.

In a welcome address, member representing Jere at the House of Representatives, Satomi Ahmed, lauded Zulum for his foresight and determination to secure lives and property of Borno people.

The Governor has been combining mass recruitment and equipping of more counter insurgency volunteers into the C-JTF, hunters, and vigilantes, with support for the Nigerian Armed forces, and provision of education, and socio economic support to vulnerable persons across the state.