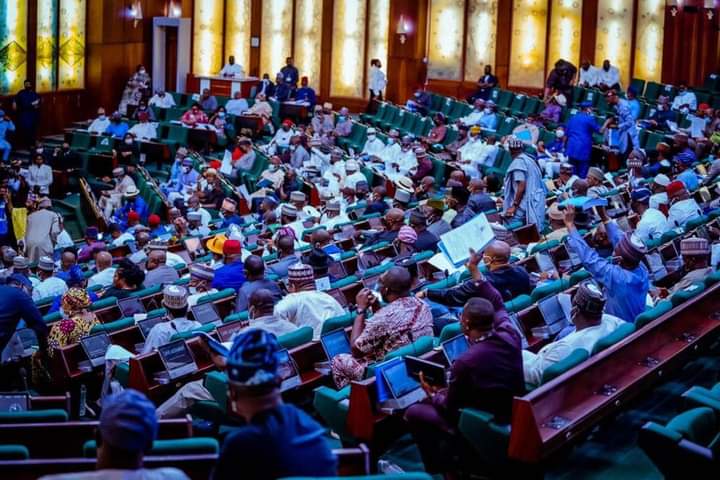 The House of Representatives on Friday passed the Electoral Act (Repeal/Re-enactment) Bill, 2021, after the full consideration of the report on the bill by members in the Committee of the Whole.

The Committee of the Whole was presided over by the Deputy Speaker, Rep. Ahmed Idris Wase, in line with the rules of the House.

The bill was subsequently read for the third time before the House adjourned for its annual recess till September 14, 2021.

The majority of the 158 clauses of the bill were passed intact, including Clause 52 (2), which initially generated tension among members.

The clause, which provides that the Independent National Electoral Commission shall determine the mode of voting/transmission of election results, was left intact after attempts made by some members between Thursday and Friday to amend it failed.

The retained Clause 52 (2) reads, “Voting at election and transmission of results in this Bill shall be in accordance with the procedure determined by the Commission.”

This clause, therefore, leaves INEC with the option to use either electronic or manual transmission of results.

Following the disagreement the clause generated among members earlier on Thursday, the Speaker, Rep. Femi Gbajabiamila, invited the Nigerian Communications Commission to address the House on whether the country had attained the capacity to seamlessly transmit election results from across the 36 states and the FCT, using available telecommunications services.

On Friday, officials of the agency appeared in plenary to answer questions from members, specifically saying on the issue of coverage that only about 50% of the country was reached by network services.

The officials informed the House that a 2018 study done by the NCC showed that there were 119,000 polling units in the country, out of which only 50% had a combined 2G/3G network coverage.

They further said the data implied that about 50% of the units had no network coverage, an indication that electronic transmission of results would be a herculean task.

The House, upon receiving the briefing by the officials, resumed consideration of the bill, sticking to its decision to retain the original provision empowering INEC to determine the mode of voting and transmission of election results.

Addressing his colleagues after the bill was passed, Speaker Gbajabiamila thanked them for their commitment to passing it, describing the bill as a “very important” one to Nigerians.

Gbajabiamila, who touched on the burning issue of electronic transmission of results, appealed for understanding.

He said much as it was the wish of many Nigerians, including himself, to have electronic transmission of results, available evidence suggested that it had yet to be possible because of the lack of capacity to deliver such a major task.

“I believe we all have been better informed by the NCC people. We wish to have electronic transmission of results, but we do not want to disenfranchise anybody.

“Even if it’s one person’s vote that will not be counted, then we have not achieved our desire to have a transparent election”, he stated.

The Speaker also buttressed the point made by the NCC that no system was free from being hacked into, adding that Nigeria might be losing at the end of the day if it hurriedly opted for the electronic transmission of results.

“What we are even talking about here in our case, is electronic transmission of results; we are not talking about electronic voting. I believe we will get there one day as we continue to work on improving our electoral system”, he said.

The House also adopted the Conference Report on the Petroleum Industry Bill, approving 3% as the financial provision for the Host Communities Fund to align with the position of the Senate on the same matter.

The Speaker spoke on why the House adopted the conference report. He explained how the House stood down the report earlier on Thursday and made efforts to return to the Senate to discuss the possibility of renegotiation to 5%.

However, Gbajabiamila told his colleagues that by the time the members of the conference committee reached the Senate, the Red Chamber had already passed the report, thereby foreclosing any chance of a review.

“So, by our rules, we said we would lay the report and adopt it. This PIB will not suffer the same fate that it had suffered in the past…

“We wanted to accommodate everyone. That was why we delayed it on Thursday. We made efforts to see what we could do, but unfortunately, the Senate was already done with their report.

“So, we had to return here and pass it. That is what our rules say”, the Speaker further explained.