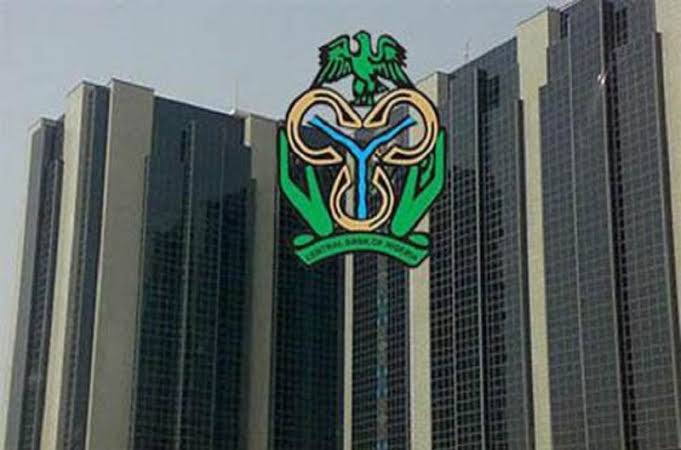 The Central Bank of Nigeria (CBN) has said that Nigeria cannot stop borrowing, especially when it is necessary as it is part of fiscal responsibility.

The CBN Governor, Mr. Godwin Emefiele, said this on Friday in Abuja at the National Dialogue on the Nigeria’s rising debt profile, titled: “The Rising Public Debt in Nigeria and the Challenges of National Development” organised by the ActionAid Nigeria (AAN).

This is as AAN and stakeholders, expressed worry over unstable levels of borrowings and rising national debt profile under the President Muhammadu Buhari-led administration and rising poverty level.

According to Emefiele, represented by the Assistant Director, Monetary Policy Department, CBN, Dr. Tawose Joseph, there is no crime in borrowing, but that there should be monitoring and evaluation of the money borrowed and the purpose meant for.

“Debt is part of fiscal responsibility. Debt is never a crime or a sin. Private entity also borrows to survive. But what matter most is the quantum of the debt and the usage of the debt as well. If a money is burrowed as a result of shortage of income generation.

“When you compare the income and expenditure and is efficiently used is part of government responsibility. But where the fear is when it is above the threshold.

“CBN understand that when there is crisis in an economy, then the burden of debt would be something. That is why the conventional and non-conventional instruments is there to ensure price stability in the economy,” he said.

He added that the CBN formulates policies that positively affect the grassroots people, and added that the Apex Bank considers facts and figures before making policies.

He said that the CBN has rolled out 37 initiatives to positively affect the economy, but noted that there are challenges despite that intervention.

Speaking earlier, the AAN Country Director, Ene Obi, expressed worry over upward trend in the nation’s debt profile, which she said keeps piling up and closing the fiscal space for effective delivery of public goods.

Obi said that continued borrowing is clearly not sustainable both in the short and the long-term but rather enslaving the citizens and future generations.

She said that the Nigerian government needs to proactively garner the political will to reduce the size and cost of governance, fight corruption, close leakages in the revenue generation and utilization as it makes no sense at all giving away large chunk of “our resources on tax incentives but continue to seek funding abroad and locally.

“It is in view of these that ActionAid is convening of a National Dialogue on the Rising Public Debt, as an antipoverty agency, ActionAid is worried that if the unchecked borrowing continues, Nigeria’s efforts at dealing with its challenges of unemployment, failing social services and infrastructure deficit and rising incidences of poverty will be a mirage.

“It is also concerned that the country is not exploring other avenues such as blocking leakages from corruption, illicit financial flows, reducing cost of governance amongst others as alternatives to unsustainable and conditional laden debt.

“Recall that in 2006 the Nigerian government secured a debt relief from the international consortium of creditors otherwise known as the ‘Paris Club’. The key argument of the government then was the inability of the country to meet its development obligations due to its debt servicing obligations.

“At the time the country was indebted to the Paris Club to the tune of $36bn. Giving the debt servicing obligation, that affected the annual expenditure of education and health care as was argued by the President at that time, thus making it an unsustainable venture in the journey to National development,” she said.

In her keynote, the Minister of Finance, Budget and Planning, Mrs. Zainab Ahmed, represented by the Head, Marketing Development Department (MDD), Debt Management Office (DMO), Mr. Monday Usiade, said the borrowings by the Federal Government followed due process as the National Assembly approved and passed budgets including monies to be borrowed.

She also commended AAN for conveying the dialogue as it will provide an avenue to broaden the discourse about public debts in Nigeria.

She, however, acknowledged that debt profile is really increasing, saying, “The government acknowledges that the nation’s public debt is growing, and it is also important to add that all borrowings both domestic and external are approved by the National Assembly before they are incurred, that is the representatives of the people.

“The borrowings are approved in the budget that is used to finance the budget offices and other projects presented by the various ministries, departments and agencies of the government. As you may be aware the federal government conducts and publishes debt sustainability analysis on the public debt portfolio on annually basis.

“The DMO exercise helps to determine among others. The results of the DSO are used to prepare the national budget, then the budget is now presented to the National Assembly who has the responsibility of appropriation including the amount that will be borrowed.

“The federal government also develops its medium-term budget management strategies on regular basis. The NTDS helps to set public debt management objectives to ensure that borrowing operations are conducted in a responsible manner, and the cost of enlist profile of the debt portfolio are within reasons,” Ahmed said.

She also explained that some of the reasons the government publishes relevant information on public debts include debt transparency and accountability and engender public discourse of this nature.

Also, the National President, Nigeria Labour Congress (NLC), Comrade Ayuba Wabba, represented by Head Women and Youth of the congress, Mrs, Rita Goyit, lamented that the national debt profile has made poverty risen including widening inequality gap, and the people are living in abject poverty, which is at a worrisome height.

Wabba who said this has led to other vices challenging the security and peace of the country, also lamented poor treatment of workers across the country as issues that affect them, especially the minimum wage debacle, where workers are not being paid what they ought to be paid.