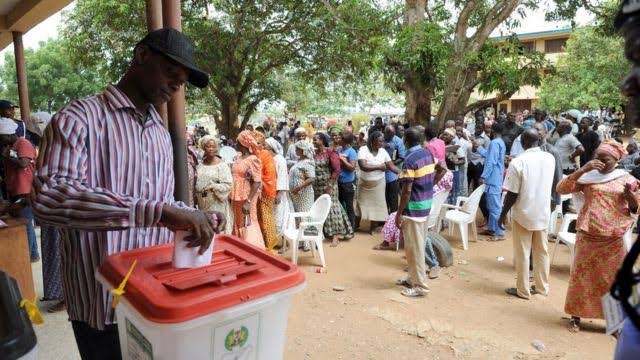 The Centre for Democracy and Development (CDD-West Africa), an international civil society organization has expressed dismay by the killings and violent disruption of the conduct of Saturday, March 20, 2021 bye-election for the Ekiti East Constituency (1) of the State House of Assembly, thereby calling speedy prosecution of perpetrators.

The organization made this known in a press statement issued during the week that
in spite of the peace accord signed by the political actors participating in the election on March 17, 2021, criminal elements have again undermined the smooth conduct of the election.

According to the statement, “Those who do not want the electorate to decide the outcome of an election have again frustrated the efforts of the Independent National Electoral Commission (INEC) to improve on the existing quality and standard of elections. This latest attempt to subvert the will of the electorate undermines the assurance that votes would count. It is most unfortunate that politicians have continued to demoralize the Commission’s effort to ensure a violent free bye-election.”

“Electoral violence affects electoral participation; particularly it increases voter apathy in several ways; studies abound that voters who have experienced threats of election violence at the polls are less likely to vote in future elections. Electoral violence does undermine the modest progress of INEC towards ensuring the conduct of free, fair and credible elections”.

CDD further urged the National Assembly to take the opportunity of the Constitution and Electoral Amendment process to enact the Electoral Offenses Commission as other states such as Anambra (2021), Ekiti and Osun (2022) prepare for the off-cycle polls.

“The Commission will be responsible for investigating and diligently prosecuting all acts of electoral violence and other related matters. There is an urgent need to sanitize the electoral landscape, empowering the election management architecture to conduct seamless, transparent and credible elections, where losers will exhibit sportsmanship and winners will be gracious in their victory.”

The organization also condoles with the families of the voters killed in Polling Unit 007, Ward 07 while calling for speedy justice for the killings, in the statement.

“We place a demand on the authorities that their death must never be in vain. And without equivocation, we call on the Nigeria Police to immediately arrest and prosecute all the criminal elements responsible for the killing of the three voters, and injuring policewoman and the INEC Staff who were on election duty.”

“As we head up to the 2023 general elections, we challenge INEC to be ready to take the decisive step of banning any political party and/or candidates involved in electoral violence. Until there is a deterrent, the political class may never play by the rule of engagement. We hope that the 2023 General Elections will see less electoral violence.” said CDD