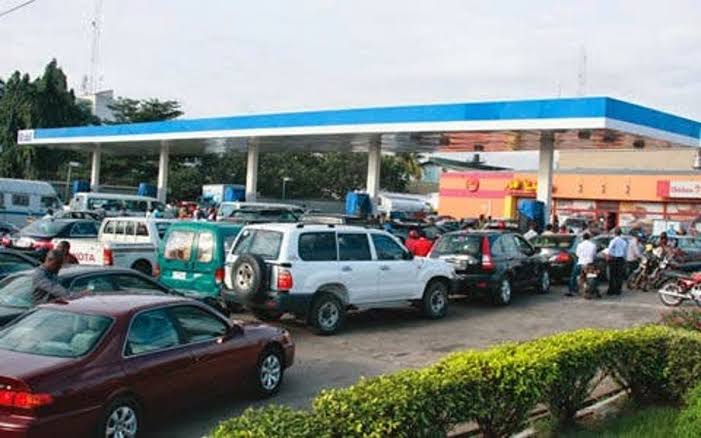 Petrol scarcity in Abuja, Nasarawa and Niger states has triggered a 100 per cent hike in transport fares in many locations of those areas.

Also, hundreds of black marketers of petrol surfaced in various roads in Abuja and environs, as they sold the commodity at between N300 to N500 per litre.

The scarcity of petrol led to severe queues by motorists in front of the few filling stations that dispensed the commodity on Tuesday.

Transport fares were hiked by commercial transporters; for instance, the fare from Zuba, a border town between Abuja and Niger, to Berger, which used to be between N250 and N300, was raised to N600 on Tuesday.

Similarly, taxi drivers in Abuja city centre jerked up their rates by over 100 per cent, collecting over N1,000 for distances that they previously accepted between N500 and N700.

Reacting to the development, oil marketers stated that the supply of petrol by the Nigerian National Petroleum Corporation had been distorted.

“We’ve had distortions in petrol supply and it’s like there is not enough product now, but NNPC recently said it had about 40 days’ stock,” the National Public Relations Officer, Independent Petroleum Marketers Association of Nigeria, Ukadike Chinedu, stated.

He said that although NNPC had insisted that there was no plan to hike petrol price in March, many marketers were still skeptical.

Chinedu said independent marketers were not getting petrol at the approved ex-depot price of N148 per litre from depots, adding that many IPMAN members sourced for the commodity at between N160 and N162 per litre.

“If you buy your product at N162 per litre, will you sell at N162, N165 per litre as approved by government? That is the issue; so tell me, why won’t there be price increase?” he asked.

The spokesperson, NNPC, Kennie Obateru, had insisted that there was no increase in ex-depot price and that the corporation was not making such plan in March.

The corporation as well as oil marketers had repeatedly called on the Department of Petroleum Resources, the regulator of the sector, to clamp down on depots that were selling petrol above the approved ex-depot price.

The Department of Petroleum Resources, on Tuesday, warned marketers against hoarding petroleum products in their outlets.

The Director/Chief Executive Officer, DPR, Mr. Sarki Auwalu, gave the warning following the emergence of queues in retail outlets in some states of the federation, according to a statement signed by the agency’s Head of Public Affairs, Mr. Paul Osu.

According to him, available records show that there is product sufficiency in the country and that there is no need for hoarding by any marketer.

He emphasised that the department would not hesitate to apply appropriate sanctions on any outlet found wanting in this regard.

He said the agency had set up a special task force to intensify surveillance and monitoring of all retail outlets and depots nationwide to check the anomaly, and advised the general public against panic buying.

He said the DPR would continue to provide its regulatory focus of quality, quantity, integrity and safety for the effective operations of the downstream sector.