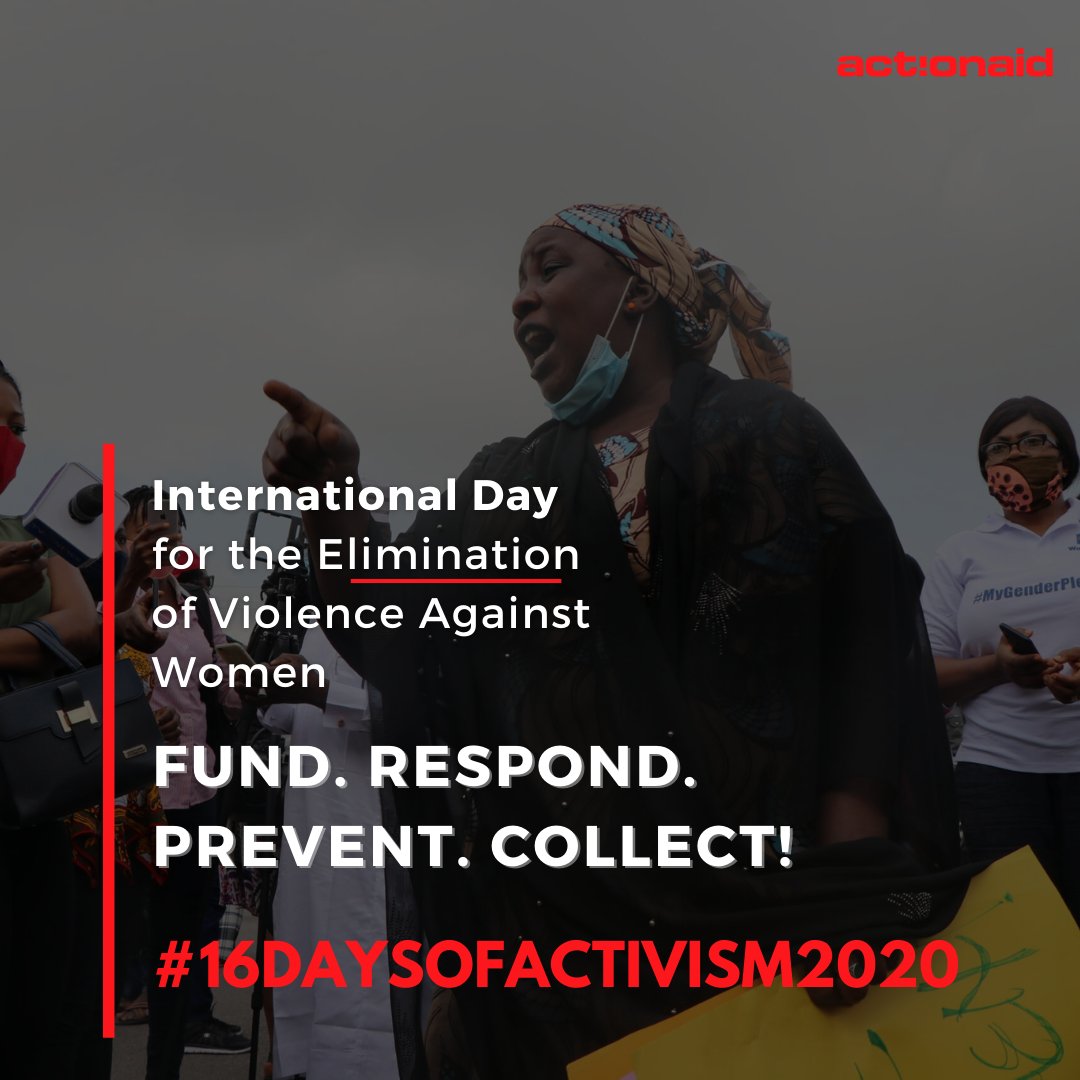 In commemoration of the International Day for the Elimination of Violence Against Women 2020, ActionAid Nigeria, a social justice non-governmental organisation working to combat poverty and injustice in Nigeria has called upon the Federal Government of Nigeria to enact and enforce laws and regulations aimed at eliminating and preventing all forms of gender-based violence and harassment in the world of work, including informal work.

Speaking in Abuja, the Country Director, ActionAid Nigeria, Ene Obi says “As we mark the 2020 International Day for the Elimination of Violence Against Women, we need to recognise that Nigerian women are still over-represented in low paid, insecure jobs with little or no access to social protection and rights at work. This leaves them vulnerable to multiple forms of violence; a manifestation of patriarchal norms, the undervaluing of women’s work, and the attacks on labour standards”

Ene stated that in addition to several occupational health and safety risks, female workers are more targeted for violence and harassment at work because of a combination of different factors such as conditions of work, type of work, employment in the informal sector, precarious, short-term work, and low bargaining power.

The Country Director reiterated that ”ActionAid Nigeria urges the Federal Government of Nigeria to strengthen legal protections against Gender-Based Violence at work by adopting, enacting, and enforcing national laws and regulations that will ensure universal access to gender-responsive, appropriate, and effective complaint systems, safe and confidential reporting, and transparent justice mechanisms for victims of gender-based violence and harassment at work, including informal work. We also implore all formal and informal employers of labour to prioritize the protection and promotion of the rights of their workers, especially female workers.”

Ms. Ene Obi concluded by calling on the Federal Government to prioritize the following: