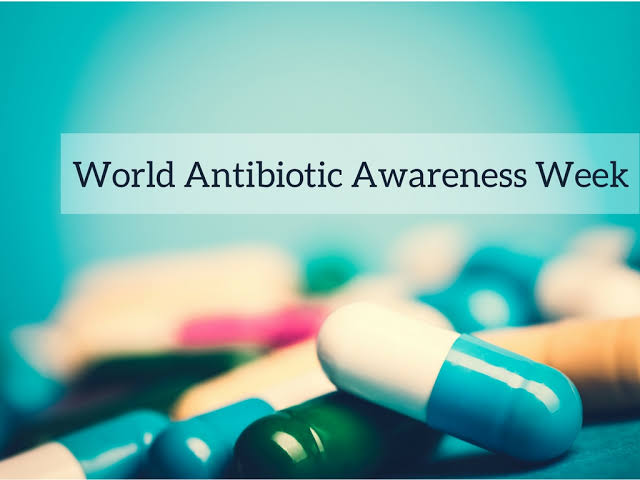 Antimicrobial resistance (AMR) is an issue of global public health concern. This occurs
when bacteria, viruses, fungi, and parasites resist the effects of medicines or
antimicrobials, making common infections harder to treat and increasing the risk of
disease spread, severe illness and death. As part of efforts to combat this threat, the
Nigeria Centre for Disease Control (NCDC) has joined the global community to commemorate the 2020 World Antibiotics Awareness Week (WAAW).

In 2015, the World Health Organization set aside the month of November to raise
awareness on antimicrobial resistance. Since 2017, NCDC as the National AMR
Coordinating body has worked closely with states, relevant stakeholders in the Ministries of Health, Agriculture and Environment to strengthen surveillance for AMR and raise awareness on this public health threat.

This year, the Nigeria Centre for Disease Control, in collaboration with Ministries,
Departments and Agencies in the animal and human health sectors with support from partners will commemorate the WAAW from 18-24 November themed ‘’Antimicrobials: Handle with care’’.

The goal is to raise awareness on the global threat of AMR and promote responsible antimicrobial usage amongst healthcare professionals in the animal, human and environment sectors as well as the public.
Several activities have been outlined by NCDC, Federal Ministries of Agriculture and
Environment in collaboration with partners, to be held at both national and state level.
These include:

In the last four years, Nigeria has achieved significant milestones in improving AMR surveillance and increasing awareness on the threats. This includes constitution of a
National Antimicrobial Resistance Coordination Committee (NARCC) and Technical Working Group (TWG), a functional surveillance network with sentinel sites and reference laboratories in the human and animal sector, conduct of a Situation Analysis and development of a National Action Plan.

In addition, the NCDC National Reference
Laboratory and other laboratories within the national network are enrolled in the Global Antimicrobial Resistance Surveillance System (GLASS). Through this and other systems in place, Nigeria is contributing to the global response to AMR.

Antimicrobial Resistance is an increasingly serious threat to global public health that
requires action across various government sectors and society. We urge Nigerians to
avoid the overuse and misuse of antimicrobials. It is also important to avoid the heavy use of antibiotics in food animal production. The National AMR secretariat at NCDC continues to play a vital role in connecting relevant stakeholders to implement the National Action Plan on AMR.