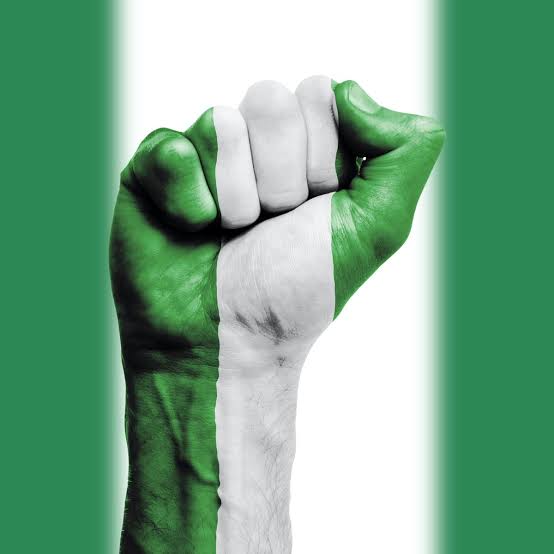 The Leadership for Equity and Development Initiative (LEDI) has released a statement in which the current state of the nation was thoroughly dissected towards finding the lasting solutions to my raid of leadership challenges in the country since 1999.

LEDI which is a not-for-profit Think Tank organization incorporated in Nigeria and built on the ideals of equitable leadership and rapid development on the national stage with a view to contributing to building a resilient and just society, through research, policy engagement and advocacy. LEDI serves as a one-stop group that comprises activist scholars, public and private sector like-minds, development practitioners, academia, researchers, policy makers and analysts, and social critics, among others. Its common goal is to ensure equity and development. By this, LEDI is committed to inclusiveness, justice, rights-based approach, gender balance, geo-political equities, and equal opportunities in society.

In the statement signed and issued by Dr. Ernest T. Aniche, Chairman of LEDI and Dr. Emeka C. Iloh Secretary stated that the organization poised to promote inclusiveness, equity, equal opportunities, justice and development, LEDI has observed with keen interest the recent development emanating from the #EndSARS demand by Nigerian citizens. LEDI views with concern the disturbances and violence across the country, especially on the use of brute force on peaceful protesters across Nigeria.

While commiserating with the families who lost their loved ones in the protest and wishing the injured ones quick recovery, LEDI notes the following:

a. The #EndSARS protest was/is a legitimate demand by citizens particularly youths and the generality of the population for the disbandment of a particular Police unit known as Special Anti-Robbery Squad (SARS) that has been tormenting citizens over the years despite government disbandment of same unit previously.

b. The protesters conducted themselves with the highest level of decorum, maturity and sense of purpose. This #EndSARS became a metaphor for demands for good governance and accountability on those entrusted with governance at all levels.

c. Violence started when individuals purportedly sponsored and deployed as thugs infiltrated the original peaceful protesters to discredit, attack, and disrupt their gatherings.

d. The delayed intervention from the federal government, particularly the response to the demand by citizens that Mr. President should address the nation, to an extent contributed to escalate tensions and aggravated the crisis.

e. The delay by some state governments to distribute the CA-COVID-19 palliatives to the masses is another factor that enabled the escalation of youth restiveness towards carting away the palliative materials from warehouses.

f. The high rate of crime and harassment of citizens by criminal elements who unleashed themselves into the society after the peaceful protesters were violently dispersed. The state of lawlessness across many states in the last few days is becoming worrisome.

LEDI also condemns in strongest terms:
a. The excessive use of force in dispersing peaceful protests by security agencies. In particular, the shooting of unarmed protesters at the Lekki Toll Gate, Lagos where the military or the Police murdered innocent citizens, is highly condemnable.

b. The avoidable loss of lives of youths and some security personnel before, during and after the protests.

c. The use of ethnic and religious sentiments to instigate a division among the youths and derail the noble objectives of the protests.

d. The action and intent by the Nigerian Broadcasting Corporation (NBC) to censor the reportage of the protest. Any attempt to limit press freedom is an attempt to derail our democracy.

e. The actions of some state governments which delayed or hoarded CA-COVID-19 palliatives meant for distribution to the masses. This has created a new wave of tension in the country.

f. The destruction and looting of public and private property by some criminal elements who capitalized on the chaos caused by the government’s attempt to suppress the protest to unleash mayhem on the society. In particular, LEDI condemns the razing of several police stations, public and private infrastructures, and killing of security agents across the country.

LEDI:
a. However, commends the government for the quick disbandment of SARS and urges the government to move beyond mere pronouncements and commence a process of thorough and comprehensive police reform. Government should ensure that officials of the disbanded SARS adhere strictly to directives of government and citizens unlawfully detained in SARS offices are released.

b. Advises youths/protesters particularly the criminal minded ones to desist from vandalizing public and private property, and eschew any form of violence, no matter the level of provocation.

c. Encourages citizens to utilize the opportunity provided by the respective Panels of Enquiry being set up across the states to look into the gross violations of human rights perpetrated by the scrapped police squad. Members of the public with genuine cases should approach these panels and present their cases.

d. Suggests that these Panels of Enquiry should conduct open hearings where citizens can easily access them in order to build confidence and trust in the process. The panels should also provide citizens an option for online presentation or submission for victims who are unable to make physical appearance.

e. Encourages more synergy and collaboration between the Federal and State governments on these Panels of Enquiry to ensure that those found culpable are punished according to the law.

f. Urges the Police and other security agencies to resume back fully to their constitutional duties of protecting lives and properties, and law enforcement, in order to reduce or forestall the ongoing criminal activities of robbing and harassment of innocent citizens, and lawlessness that are becoming rampant daily in the last few days.