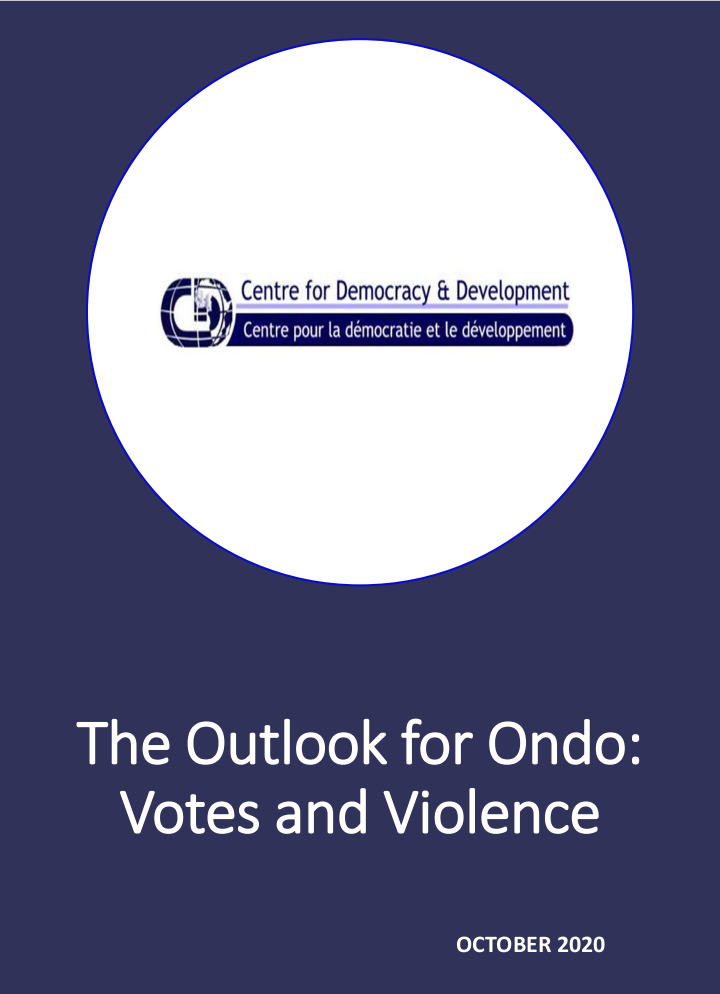 Ahead of the forthcoming Gubernatorial Election in Ondo State scheduled to hold on 10th October 2020, Centre for Democracy and Development (CDD) has released a comprehensive Oulook Analysis Report toward the Election particularly as regards voting and likely violence that could mar the electoral processes at the polling stations on the election day.

The outlook report further digs into the past gubernatorial elections that had been held in the state between 2012 and 2016, analysed the roles of the three major contending political parties in the state, history of electoral violence and its negative impacts on the political terrain of the state till date amongst germane issues.

According to CDD, “This report provides an overview of the political environment leading up to the election. Specifically, it analyses the strength of the three major political parties and their candidates by thoroughly examining the history of votes and voting pattern, political alliances, and election-related violence”.