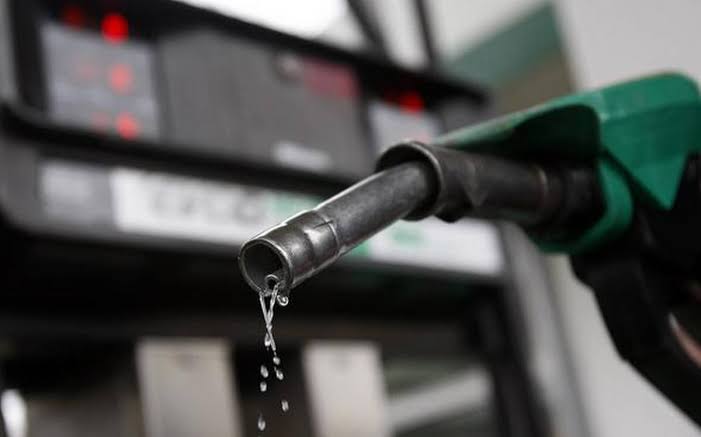 “It Is An Unpardonable Assault Against Economic Interests of Long Suffering Citizens” – Hassan Idayat, Executive Director, Centre Democracy and Development

The Centre for Democracy and Development (CDD) in clear and unmistakable terms, has strongly condemned the most recent unfair and unjust hike in fuel price and electricity tariffs by the administration of President Muhammadu Buhari.

In a new Press statement signed and issued by Hassan Idayat, Executive Director, CDD she referred to such decision as unpardonable assault against economic interests of long suffering citizens.

According to the statement “At a time, governments around the world are enacting policies, and putting in place measures to cushion the effects of the COVID-19 pandemic on citizens, the Nigerian government has chosen to do the direct opposite. Even governments in neighboring countries like Niger and Chad have been supporting citizens with free or subsidized services to help them cope with the effects of the pandemic.”

“In Nigeria, government has not only declined to giving citizens the helping hand in this moment of economic crisis, it is worsening their plight by raising the cost of essential services.

“CDD finds it unacceptable that a government, which has done very little or nothing to help citizens cope with the devastating economic fallouts of the COVID-19 pandemic, would turn round to further squeeze life out of already impoverished citizens.

As the number of COVID-19 infections continue to rise, the increase in the pump rise of fuel will make public transportation more expensive, with poor adherence to directives on social distancing. This could contribute to further rise in the rate of infections across the country.”

“CDD is convinced the government should have found other creative, sustainable and logical pathways to address the issues, which it claims necessitated the price hikes.

The resort to the policy of hiking the prices of essential commodities and services, points to the absence of the political will to fulfil the promises made to the Nigerian people, while this President was on the campaign trail in 2015 and 2019. It is pertinent to recall that one of the major sound bites of the then candidate Buhari, while campaigning for President was that fuel subsidy was the result of unbridled corruption. The President at the time made fervent promises to end the entrenched corruption in the oil sector, and ensure Nigeria’s refineries are revamped for optimum production.”

It is disappointing that five years on, the President has not kept the fervent promises made to the people in this regard. It is even more galling that the President has chosen to saddle already distressed Nigerians with further burdens, instead of tackling the problems from the root causes.

For avoidance of doubt, the unsustainable subsidy regime was not imposed on the country by ordinary Nigerians.

The regime of subsidy is the result of deliberate acts of subterfuge by government officials, who unpatriotically grounded Nigeria’s refining capacity to a halt in order to pave the way for the importation of refined petroleum products. The implication therefore is that as long as the country remains hopelessly dependent on importation of refined products as the case is currently, Nigerians will be continually tasked to pay more for refined products in the name of deregulation. The only way to end this vicious circle is to revive Nigeria’s refining capacity. This is exactly what the President promised to do, while seeking election.

Hassan said the story is the same in the electricity sector; earlier in the year, CDD and the School of Oriental and African Studies, University of London conducted research on how to address the electricity shortfall in Nigeria’s productive sectors caused by corruption. The research found that a decade after the privatization of the electricity sector, the desired outcomes have still not materialized and the electricity available on the national grid to light homes and power the economy has stayed at an almost constant 4,500 megawatts (MW), well below the 8,400 MW projected for 2018. The research found that the design of contracts for the privatization of the sector lacked of regulatory oversight. This deterred credible and technically competent investors during the bidding process.

CDD research pointed out that the politically connected nature of many of the acquisitions in the electricity sector made government reluctant to take any tough decisions to reposition it. While it may be conceded that the privatization was not handled by the Buhari administration, his government has not been summoned the resolve to address some of the major lingering issues in the sector. The first is the lack of financial and technical capacities by the so-called investors who bought over the unbundled companies in the electricity sector. These companies have made no real injection of their own monies into the sector to improve infrastructure and boost service delivery.

They have rather been dependent on government bailouts, and are always clamouring for increase in tariffs, even when service remains poor. Several years on, the investors in the electricity sector have done very little or nothing to close the massive metering gap.
Consequently, the regulatory body in the sector, the Nigeria Electricity Regulatory Commission (NERC) has continued to carry on as a toothless bulldog, which acts mainly on the side of electricity companies as they exploit and impoverish citizens. The NERC mainly stands aloof as citizens groan endlessly over anomalies like estimated bills, migrated crazy bills, and outright tampering of pre-paid meters by agents of the DISCOs. In short, the electricity sector is in shambles, which should have been the primary issue for the government to address. Unfortunately, because the government has refused to do its homework, it has erroneously accepted the specious argument that arbitrary tariff increase is the silver bullet to tackle the woes in such a problematic sector.

In all of these cases, the Federal Government has failed to act to ease the pains of long suffering citizens. Its decision to inflict further hardships on the people by hiking electricity tariffs, should get an appropriate response from millions of Nigerians whose well-being has been further imperiled.

CDD therefore calls on Nigerians, who are at the receiving end of these unfavorable decisions to brace up for the struggle to resist these measures using on legal channels. CDD supports citizens’ resistance against all anti-people policies, using all constitutional options including peaceful mass protests, litigation, press briefings, pamphleteering and the mobilization of Nigerians across the country to collectively hold the current administration accountable for its current economic policies.