Global Rights calls for an end to Police Brutality against the Nigerian citizens! 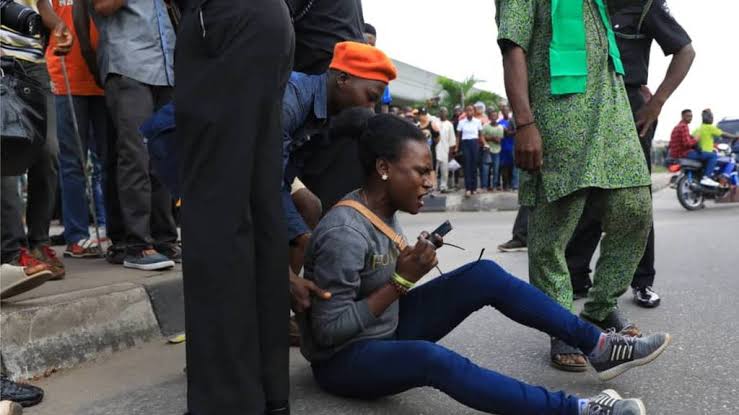 The right to peaceful assembly and free expression are foundational principles of any democracy. As a democratic country, Nigeria is founded on the principles of the supremacy of the Constitution, in which is embedded fundamental human rights and freedoms, and the recognition of the inherent dignity and worth of each human being.” – Global Rights

Global Rights has condemned in strong terms, the Nigeria Police Force’s inordinate use of force and other human rights violations against citizens exercising their constitutional rights of freedom of expression and peaceful protest, during the Revolution Now protests across the country on August 5, 2020; and demanded for a full investigation into the conduct of security agents present at the protest grounds,  and prosecution of every erring officer involved.

According to a statement signed and issued by the Global Rights Nigeria, Country Director, Abiodun Baiyewu yesterday, “The right to peaceful assembly and free expression are foundational principles of any democracy. As a democratic country, Nigeria is founded on the principles of the supremacy of the Constitution, in which is embedded fundamental human rights and freedoms, and the recognition of the inherent dignity and worth of each human being.”

Section 40 of the Nigerian Constitution (1999) guarantees the right of every Nigerian to peaceful assembly. Similarly, the Courts have interpreted this provision as extending to the right of citizens to conduct peaceful processions, rallies or demonstrations without seeking and obtaining permission from any individual or agency.

“The 1966 International Covenant on Civil and Political Rights, as well as the 1981 African Charter on Human and Peoples’ Rights, of which Nigeria is a state party, provide for the full exercise of the rights to assembly and peaceful protests of citizens of state parties”.

“Contrary to the fulfilment of these rights by which Nigeria is bound, on Wednesday August 5, 2020, Global Rights monitored and documented several incidents of citizens being attacked, harassed, arrested and detained in the course of exercising their constitutional and democratic rights to peaceful assembly and protest, in the context of the Revolution Now protests held in some parts of the Country.

“We noted with regret that some officers of the Nigeria Police Force violated the fundamental rights of protesters as evidenced by the facts gathered from the protests in Lagos and Osun states, as well as the Federal Capital Territory, Abuja, targeting, arresting, brutalizing, and detaining peaceful protesters” says the statement.

The growing trend of police brutality, their excessive use of force, and their inhuman and degrading treatment of citizens who they swore to protect is alarming and must be immediately addressed, as this is engendering their growing disregard for the rule of law and assurance of impunity.

The militarization of policing in Nigeria has not only encouraged law enforcement to see protesters as belligerents, but has also contravened the principles of civil policing, and has exacerbated human rights violations by Nigerian security operatives. Consequently, these actions continue to threaten our collective freedom, and has contributed to the shrinking civic space in Nigeria.

Law enforcement agents have a duty to ensure the safety and security of every Nigerian citizen and to guarantee their right to the full enjoyment of their freedoms as enshrined by the Nigerian Constitution.

It is imperative, and we demand that the Nigerian government ensure that victims of these unfortunate episodes obtain justice. Thus, it is expedient that prompt, independent, impartial and transparent investigations are undertaken into these allegations of human rights violations by law enforcement officers to ensure accountability for every crime committed.

The organization, therefore urged all Nigerians to remain law abiding, while resolutely demanding for the fulfillment of their rights and protection of their freedoms.