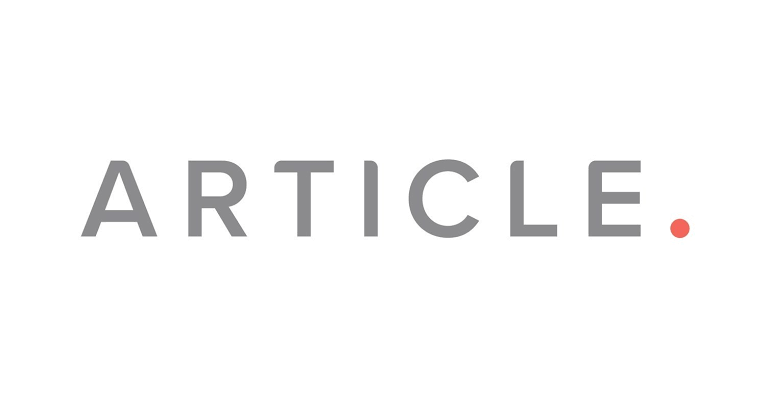 Allen Cole and Carleton Barrett were co-writers of the famous and ageless “War” song recorded by Robert Nesto “Bob” Marley.

The inspiration for the lyrics of the song were from a 1963 speech delivered by the Ethiopian Emperor Haile Selassie before the United Nations General Assembly.

The song recounts “Until the philosophy which hold one race superior and another inferior is finally and permanently discredited and abandoned – Everywhere is war – My say war”. The same song goes on to say in the second verse “That until there no longer first class and second class citizens of any nation, Until the colour of a man’s skin is of no more significance than the colour of his eyes – Me say war”.

Several months ago Governor El-Rufai was captured in a video crooning a Bob Marley song and relishing the showcase of his cosmopolitan and free-spirited side as he attended to documents on a boardroom table or desk of some sort.

The video went viral on social media and many Nigerians kept pondering what the video’s crytic message was all about? Why was it released at that time? Who were the intended audience? Was it covert liberalist 2023 stunt for national voters to rethink their past impressions of him? Was it a precursor to the current sad happening in Kaduna? It sure was a teaser that spun webs of conundrums.

The clip when released seemed to be one of those videos that reinforces the powers of globalisation, further blurring out the thin lines of philosophical disjointedness whilst merging perceived irreconcilable spiritual leanings…In this case where Islamism meets Rastafarianism. The glee on the Kaduna Governor’s face as he sang one of Bob Marley – the freedom fighter and conscience merchant’s magnum opus line for line would have left Naira Marley rather amazed. He showcase serenaded many with immense quandry….??! This is especially so several months down the line as the Southern Kaduna killings have sprung a heart wrenching anguish on victims and the displaced persons of the conflict.

The unquenchable melancholy for Nigerians alike and the global audiences is another chapter in the dysfunctional security infrastructure not just in Southern Kaduna but across the entire geography of Nigeria today. Bob Marley several years after his rather controversial passage continues to represents until this day the some of the rarest hallmark of prophetism.

His voice serenades yet more questions of the ills meted out on the victimized, the downtrodden, the injustices of our diverse societies, race and ethnic divisions, tensions and exterminations as also the persecution of those perceived to be ethnically substandard and therefore should be eradicated by all means covert and open amongst our humankind.

The messages and conscience driven lyrical magic of Bob Marley’s ageless works of art, I am tempted to believe, must strike every crooner today and in the future, that his words are a caution and clarion call to the global political elite, leadership in governance, inclusive of the followership that equity, justice and fairness remain the indefatigable responsibility of all men under God and that segregations, supremacist mentality and actions will on only fuel hate-action, hate speech as also outright killings, crimes and genocides of all genres just as history has recounted in the past and as is currently ongoing in Southern Kaduna.

The commentaries below capture the stark and unfortunate realities of the goings on at ground zero in Southern Kaduna where attacks and reprisals have become the order of the day. The five points below speak to the status quo and need to unrestrained action by the President Buhari led Administration and very urgently:

(1) The killings in Kaduna State which has gone on so brazenly in recent time unabetted are firstly a strategic extermination, a genocide and borne out of a supremacist state of being by the Fulani perpetrators and aliens, who are settlers and against the people of Southern Kaduna.

(2) Let chronicle history to answer this question. And start with a definition of genocide or Genocidal (mania), which is a crime of destroying and an activated conspiracy to systematically destroy a group of people, particularly because of their nationality, ethnic, racial, or religious identity perceived to by the aggressor to constitute a abberration to their immediate society and based on a violence based worldview. Genocides have been replete across the annals of history. Ghengis Khan the Chinese conqueror employed genocide methods and warmongering to conquer territories across Asia and laying the foundation for the domination of the Han ethnic group of China today. One of the most famous genocidal sprees in recent times were the Armenians and the Jewish holocaust orchestrated by Turkish Muslims and Nazi Party of Germany during the War World II and under the stewardship of Adolf Hitler. The Armenians are were killed enmass and in their thousands by the Islamic Turks in the early 20th century. The Turks used a specially selected killer squad systematically empowered by the Government at the time to massacre Christains while the world feigned ignorance. Armenia with a population of over 2 million people in the 1900s had been decimated by 1950 to as little as about 300,000 people. It was a depopulated by force of arms against a people whose religion and ethnicity differed. Now to answer your question as to what is the offence of the Southern Kaduna people? Just as the people of Armenia, the Southern Kaduna Christians refused to be converted to Islamic faithfuls or become Muslims and their rejection of religious evolution continues to be perceived as an affront. Between 1939 to 1945, Nazi Germany tried to destroyed the Jews relentlessly because of their ethnicity. About six million Jews were killed in Gas Chambers and employing other cruel means across Poland and Eastern Europe. The Nazi Party’s SS Killer squads were used to commit mass murder on a grand scale nearly unmatched in history. This is just like is happening in Southern Kaduna today and carried out by the Fulani aggressors in cahoot with the current Fulani lead Nigerian government.

(3) The handling of the Kaduna crisis by the State and Federal Government of Nigeria has been nothing short of clear incompetence and an act that has been given not just tacit consent but fullscale backing. Since the perpetrators of the killings have neither been arrested or declared wanted. Those carrying out this clandestine action even get military cover to unleash mayhem and evade capture. The Governor of Kaduna has been on record in the media that he has even paid the cold blooded perpetrators money to abet the continuous killings. These actions only reinforce Nigeria’s leadership dance on the event horizon of failed statehood.

(4) Resolving this crisis includes visiting ground zero in Kaduna by Government officials at all levels where these killings have been going on to ensure condolences are shared to assuage the victim’s pains and hurting pangs. Then the full weight of the law enforcement investigation and military might where needed is deployed to bring the perpetrators to book, making an example of the aggressors for the world to see that this kind of behaviour can never be tolerated now or ever.

(5) That’s this crisis will degenerate into a full scale arms conflict given the reprisal attacks by the people of Southern Kaduna who deserve to protect themselves based on international law and conventions. To the Southern Kaduna people reprisals have become an option on the table. Further to the Kaduna killings are those being carried out by the same Fulani Supremacist murderers in the Middle Belt, the South East and South West of Nigeria. All these are a recipy for anarchy, failed statehood and all out civil war. The M. Buhar Government has to awaken to its constitutional duties and oath of office taken to ensure security, equity, fairness and justice returns to Nigeria’s geographical space and as soon as possible, for even other aggressors foreign and/or domestic like the terrorists carrying out these killings in Kaduna can take advantage of the chaos to unleash a death blow to whatever is left of our sovereign grasp of peaceful coexistence.